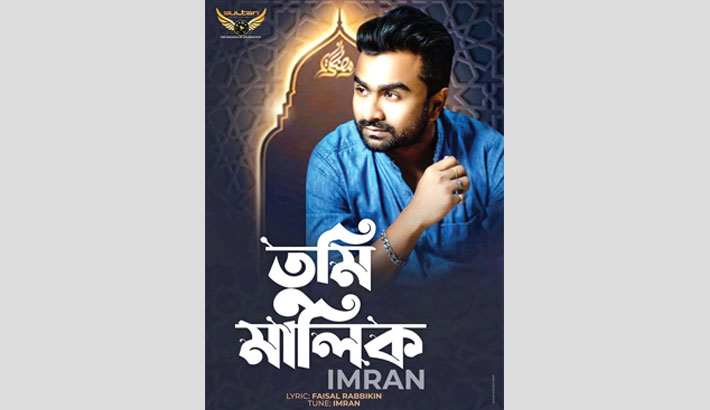 Popular singer Imran’s new song ‘Tumi Malik’ has been released. The song was released on YouTube on Thursday under banner of Sultan Entertainment.

Faisal Rabbikin has written the lyrics of the song while Imran himself has composed the track.

Talking about the song, Imran said, “The month of Ramadan has come again among us. Marking this holy month, I have released the song ‘Tumi Malik’. The lyrics of the song are amazing and the song has been made with utmost care. I hope the listener will enjoy the song very much.”

Imran Mahmudul, also known as Imran, is a Bangladeshi music composer and playback singer whose songs have been featured in different albums and movies. He was the first runner-up of Channel i Sera Kontho - 2008. He also won Best Male Singer at the Meril Prothom Alo Awards for the song ‘Dil Dil Dil’ from the 2016 film Bossgiri.

Imran started his playback career through the movie ‘Bhalobashar Lal Golap’ with Sabina Yasmin in 2008.