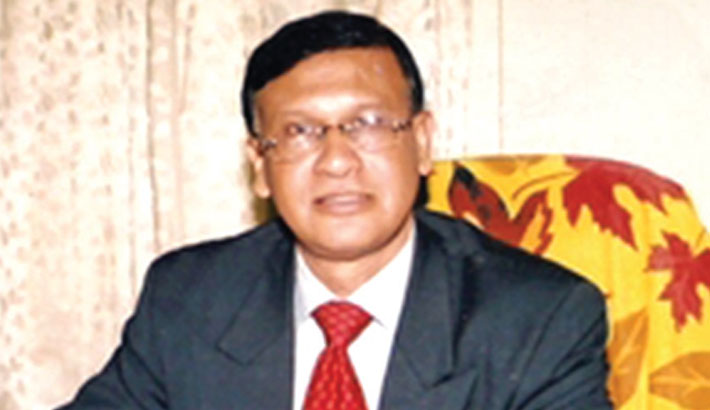 Prof Dr Tareq Shamsur Rehman was found dead at his flat in Uttara in the capital on Saturday morning.

He was a retired professor of International Relations at Jahangir-nagar University. There he also worked as chairman of his department.

Besides, he was a columnist and used to write in different national

newspapers in the country.

Mozaffar Ahmed, director of RAJUK Uttara Apartment Project, said: “His housemaid came and knocked the door of his flat at 7:45am, but he did not open the door. Then she informed a security guard of the matter. Afterwards, the security guard and residents of neighbouring flats gathered in front of the victim’s flat and pressed calling bell, but he did not open the door. Later, they informed Turag police station of the matter at about 11:00am. The policemen reached the spot, broke open the door and found him lying dead in front of his washroom.”

Crime Scene unit of Criminal Investigation Department was on the spot. They have collected evidence, he said.

Swachin Moulik, assistant commissioner (Uttara crime zone) of police, told the Daily Sun: “The teacher was sick. He vomited blood. It seems that he entered the washroom and tried to get out, but couldn’t. One of his legs was inside the washroom and another outside.”

His body was sent to Dhaka Medical College Hospital morgue for autopsy.

His wife and lone daughter live in the United States.

A paternal cousin of the victim will receive the body from the hospital as the arrival of his wife and daughter is uncertain due to the ongoing lockdown, the officer said.

The officer added that two namaj-e-janaza may be performed at RAJUK Uttara Project and on the Jahangirnagar University campus.

Mehedi Hasain, officer-in-charge of Turag Police Station, told the Daily Sun, “No case will be filed now. After autopsy report, decision will be taken for filling report.”

Neighbours said that he was suffering from high blood pressure, diabetic, breathing problems and some other health complications.

He also wrote a number books on politics, international relations and foreign policy.