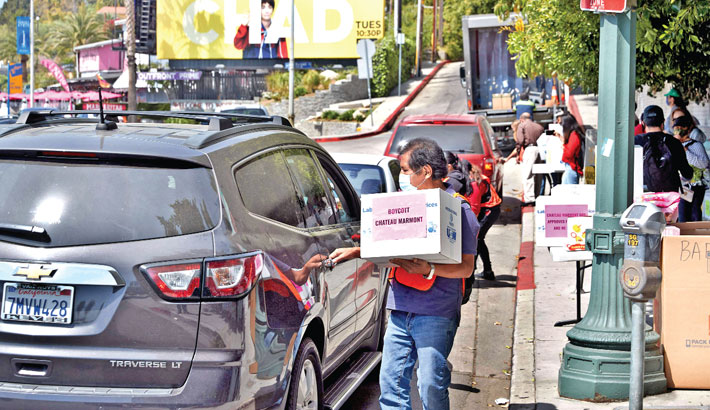 Boxes of food are distributed during a food distribution and protest in front of Chateau Marmont in Los Angeles, California, recently, as the hospitality workers union demands Chateau Marmont comply with the Paycheck Protection Program (PPP) loan law. 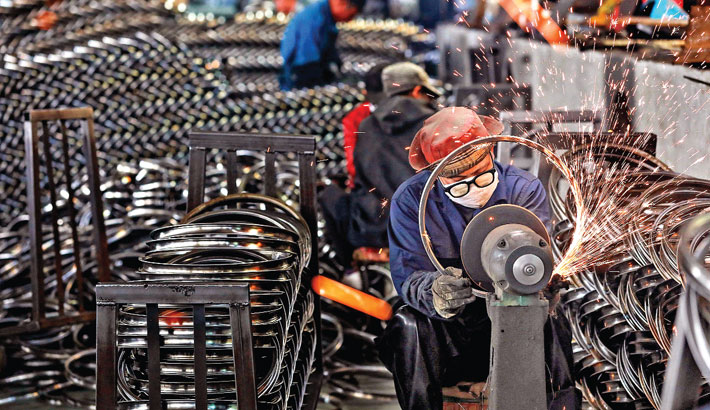 A worker welds wheels at a factory in Hangzhou in China's eastern Zhejiang province recently. 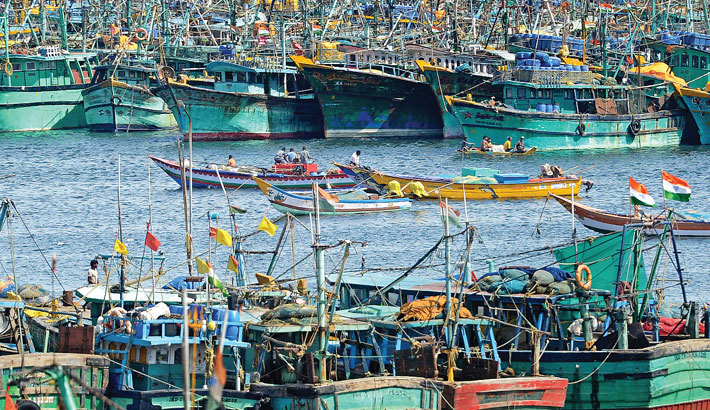 Fishing vessels are seen stationed at a harbour during a 61 day trawling ban in Chennai on recently. 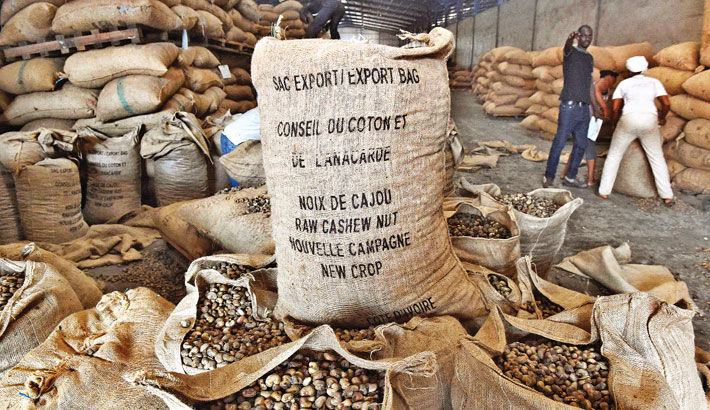 In this file photograph, cashew nuts are put into bags ready for sale at a warehouse in Abidjan. The three million African farmers who supply most of the world's cashew nuts aren't cashing in on the booming demand due to a lack of processing facilities, a UN body said on Friday. World production and trade in raw cashew nuts have more than doubled since 2000 with African producers, led by Ivory Coast, accounting for almost two-thirds of the growth.