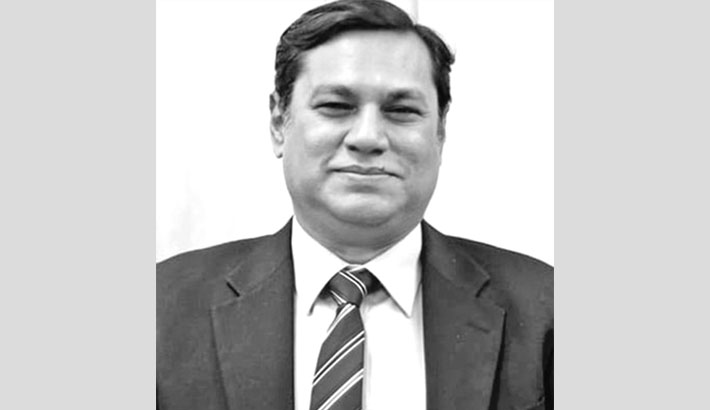 My maternal uncle former Minister for Law and Parliamentary Affairs Advocate Abdul Matin Khasru, MP started his eternal journey Wednesday afternoon (April 14). I have been shattered by his death as he and I were very close. He was always proud of me that I became a teacher at Dhaka University and got my Ph.D. from a renowned school. He would always cite me as an example to other children of the family. As I saw him as a family member and politician, my purpose in writing this melancholic note is to discuss some of his rare qualities so that young politicians could learn from them. However, one thing I must confess that I was not at all prepared to write this obituary so early. The last talk I had with him was on the phone after a few days of his admission to CMH with COVID infection. After talking to him, I was relieved to hear that he was doing fine. He was rather anxious to know that my wife got infected by the same virus. But, unfortunately, his condition deteriorated rapidly, confirming that timing is crucial in treating patients with COVID-19. We are grateful to honourable Prime Minister Sheikh Hasina and all other Ministers, Awami League leaders, government employees, physicians, lawyers, and well-wishers who regularly monitored his treatment at CMH.

Khasru mama and I started discussing Bangladesh politics since he became a parliament member for the first time in 1990. Before that our discussions would centre on his stories of joining the Liberation War with his father’s rifle and the stories of how many of our other family members fought for the country’s liberation. After he became an MP, his instructions for me were to identify public interest issues and frame questions for him to raise them in the parliament. I was also with him on the campaign trail during the election of 1996 which he dubbed as the crucial election of his political career. At that time I, as a journalist, was involved with the Awami League election publicity cell made by late Shah A M S Kibria along with many prominent progressive teachers of Dhaka University who later became vice-chancellors at the leading universities and chair of the University Grants Commission (UGC). I joined Matin Khasru’s campaign as a family member and as a representative of the publicity cell. 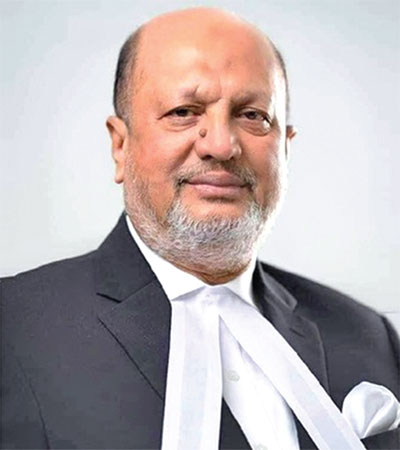 That election was crucial for every pro-Awami League family and was a turning point for Awami League politics. In other words, it was a make-or-break situation for the party. The Awami League needed the majority to form the government. Every seat was crucial. Mr. Khasru got elected and sworn in as the State Minister for Law and Parliamentary Affairs of Sheikh Hasina’s first government. As the state Minister, he had the most cherished moment of his political life as he placed the Indemnity Act Repeal Bill at Jaitya Sangsad to pave the path for the trial of the killers of the Father of the Nation Bangabandhu Sheikh Mujibur Rahman. I still and will always recall his speech at the parliament in favour of the Bill with profound pride, respect, and gratitude.

He always strove to remain up-to-date about political, social, and development issues. Whenever he was invited to an international seminar or speak about issues that he did not know well he would give me a call to arrange books or reading materials for him and to introduce him to a relevant expert from Dhaka University. He was inquisitive and open to learning new things. On this occasion, I thank those friends and colleagues who on my request helped broaden his knowledge about different issues. He was very respectful of university teachers, especially Dhaka University teachers. He would tell me that university teachers are light-bearers of the nation.

He was a soldier of Bangabandhu and a man of Sheikh Hasina who neither patronized any sub-group within the party nor nurtured any groups of cadres to suppress his opponents. Cumilla Awami League politics has many sub-groups but there has been no Khasru group. He was respectful to his political opponents and contested elections on his performance as a public representative, not on money and muscle power. During the tyranny of the one eleven, he was a loud voice at the court, on the media, and on the street for the release of Sheikh Hasina from the prison.

He demonstrated through his life that the conflict between religion and progressive politics is neither universal nor destined. A person can be a practicing Muslim and a voice for progressive politics at the same time if he or she is committed to secularism. Mr. Khasru practiced Islam in his daily life as well as upheld secularism.

His true love was the people of his constituency—Burichong-Brahminpara—who elected him as a member of parliament for five times. He was part and parcel of the life of people there and was committed to bringing prosperity to them. Until the beginning of the pandemic, he would leave for his constituency every Thursday afternoon and spend the weekend over there. Many of us would complain about not finding him available for family programs in Dhaka on the weekends. Another thing he would relentlessly do was to pursue different people for jobs for the unemployed youths of his constituency.

Mr. Matin Khasru got infected by Covid-19 during the recent Supreme Court Bar Association election as he could not pay due attention to his health because of the election campaign. He was extremely concerned about winning the election with his full slate of nominees for the party and the government of Sheikh Hasina. He got elected as the President but had to be hospitalized after a few days of the election.

His sudden departure made me and many of us a loser. The country lost a clean politician and a hero who fought for her liberation. However, I believe the biggest loser is the people of Burichong-Brahminpara who lost their son, friend, and guardian.

Advocate Abdul Matin Khasru led a successful life. Let us appreciate the good things of his life, forgive him, cherish his political ideals, and pray for the salvation of his departed soul.

The writer is a Professor and Founding Chair of the Department of Television, Film and Photography at the University of Dhaka.