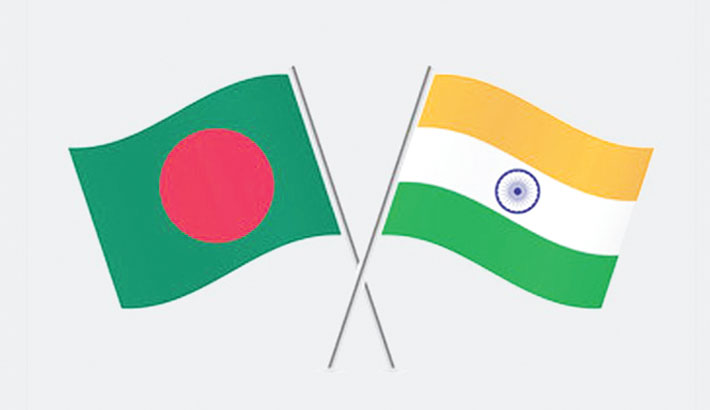 PM Narendra Modi and four Heads of State and Government from Bhutan, Nepal, Maldives and Sri Lanka individually came to Bangladesh to attend the golden jubilee celebrations of Bangladesh’s independence as well as the birth centenary of country’s founder, Bangabandhu Sheikh Mujibur Rahman.

Notably, with the historic signing of 25 year Treaty of Peace and Friendship between Bangladesh and India on 19 March 1972, a strong foundation of friendly relations between the two nations was laid by Prime Minister Sheikh Mujibur Rahman and Prime Minister Indira Gandhi. Seemingly, Modi’s latest visit was to reaffirm the friendly relations between the two countries.

The celebration of the 50 years of the establishment of Bangladesh-India diplomatic ties was a particular moment for PM Modi and PM Hasina to reflect upon bilateral relations. At a select gathering at the National Parade Ground, Modi observed that “We are committed to further deepening and diversifying our relations.”

Hasina acknowledged the contribution of the people and the government of India to the Liberation War of Bangladesh in 1971. She added that India has now become “one the Bangladesh’s best development partners”. She also praised it for providing vaccines to Bangladesh to cope with the coronavirus pandemic.

Both the Prime Ministers stressed the need for stronger regional connectivity in further expanding trade. Concerned with huge trade deficit, Sheikh Hasina requested New Delhi to withdraw anti-dumping duties enforced on Bangladesh's jute exports ever since 2017. She also reiterated that her Indian counterpart takes special steps to sign an early agreement on sharing of the Teesta River water. How New Delhi responds to these concerns remains to be seen.

Apart from five memorandums of understanding (MoUs), no major pacts were concluded between the two nations. The MoUs signed relates to (a) trade facilitation, (b) disaster management and mitigation, (c) cooperation between national cadet corps of the two nations, (c) supply of ICT equipment and reference books, and (d) setting up sports facilities at Rajshahi College. These MoUs are intended to further promote partnership development.

Notably, on 17 December 2020, Hasina and Modi last participated in an India-Bangladesh virtual summit to define bilateral relations. At the summit, Hasina had declared that “India is our true friend”. PM Modi said that “Bangladesh continues to be one of the significant pillars of New Delhi’s ‘Neighbourhood First’ policy”.

During the summit, both signed as many as seven agreements to improve collaboration in different areas. Both decided to restore a cross-border rail route connecting Haldibari in the eastern Indian state of West Bengal with Chilahati in Bangladesh which was in operation till 1965.  Bangladesh had also taken keen interest in joining the India-Myanmar-Thailand trilateral highway project for building improved connectivity.

The relations between Bangladesh and India have witnessed a substantial upsurge in the last decade. The prevailing relationship is often described by the leaders of the two countries as a “golden era”.

Both could resolve many age-old disputes including the historic Land Boundary Agreement (LBA) in 2015. Settled by Prime Minister Sheikh Mujibur Rahman and his Indian counterpart PM Indira Gandhi in 1974, Bangladesh ratified the LBA in the same year, the Indian Parliament ratified it on 7 May 2015. The LBA enabled the transfer of 111 enclaves, adding roughly 17,160.63 acres, from India to Bangladesh. India picked up 51 enclaves, amounting to 7,110.02 acres.

Currently, Bangladesh is India’s biggest trade partner in the South Asia region. To further promote trade relations, the Trade Agreement was renewed in June 2015. In FY 2018-19, India’s exports to Bangladesh amounted to US$ 9.21 billion and imports from Bangladesh reached US$1.04 billion.

In a recent interview with an Indian TV channel, Bangladesh Foreign Minister, AK Abdul Momen, confirmed that over 100,000 Indians are working in top positions in the garment and IT sectors in Bangladesh. They are transferring a substantial amount of remittances.

During his 2015 official visit to Bangladesh, PM Modi had assured that India “will do everything to bridge” trade deficit between the two countries.  Despite assurances, India is yet to address the persistent massive trade imbalance in bilateral trade. In order to reduce trade deficits, India needs to make more investment in Bangladesh. It ought to consider removing the trade-distorting non-tariff barriers and provide more favourable market access. Notably, in June 2020, China – India’s rival in the region affirmed tariff exemption for 97 per cent of Bangladeshi exports, amounting to roughly 8,200 products for duty-free access to its market. China has also emerged as the largest source of foreign direct investment (FDI) in Bangladesh. Receptive Bangladesh has played a significant role in addressing India’s major national security concern. During PM Hasina’s official visit in 2019, the two countries signed 3 agreements concerning cross-border crime and terrorism. The deals empowered India to extradite insurgents from Bangladesh. Bangladesh has adopted a zero-tolerance policy towards anti-Indian insurgents that were active from Bangladesh, apprehended leaders and handed them over to India. In fact, India’s eastern border is now secured because of healthy rapport with Bangladesh.

Bangladesh has gone an extra mile by collaborating with India and providing vital connectivity, transit and transhipment facilities and permitting Indian cargo vessels to use Chittagong and Mongla ports from October 2018.

However, an equitable sharing of the river Teesta’s waters remains a serious concern of Bangladesh. Teesta – a 414km long river originates in Sikkim and flows through the Indian state of West Bengal and Bangladesh. It is the lifeline for the people of 5 northern districts in Bangladesh.  The unilateral withdrawal of Teesta River waters by India is seriously harming them.

The water-sharing treaty could not be resolved due to insistent objections of the West Bengal Chief Minister, Mamata Banerjee. She prevented former Prime Minister Manmohan Singh to ink the agreed deal in 2011. The dispute is thwarting further deepening of relations.

The Hasina government has been requesting India to resolve the Teesta River dispute. In 2015, PM Modi assured of solving the issue and remarked that “Our Rivers should nurture our relationship, not become a source of discord. Water sharing is, above all, a human issue” (The Indian Express, 7 June, 2015). Despite efforts, he could not convince Mamata Banerjee to resolve the dispute.

One more issue creating tensions and troubling bilateral relations is the unlawful killings of Bangladeshi citizens along the Bangladesh-India border.  Bangladesh media reported last December that in the past ten years, 2020 witnessed the highest number of killings by the Indian Border Security Forces (BSF). About 45 Bangladeshi nationals were killed by the BSF provoking anti-Indian sentiments in the country.

On many occasions, Dhaka expressed deep concern about the rise of border killings. Regrettably, killings are still taking place even after New Delhi's repeated assurances. India claims such deaths takes place when Bangladeshis are engaged in cross-border smuggling. Analysts believe it is important for New Delhi to halt border killings for further reinforcing relations with Dhaka.

The controversial National Register of Citizens (NRC) and the Citizenship Amendment Act (CAA, 2019) are other irritants that impede further strengthening of relations between the two countries. The NRC is a list of people who can prove they came to the state before 24 March 1971. Notably, the NRC's final count in Assam has stripped about 1.9 million people of their citizenship. The CAA offers amnesty to non-Muslim illegal immigrants from three neighbouring countries i.e. Bangladesh, Pakistan and Afghanistan. South Asian analyst at the Wilson Centre, Michael Kugelman has stated, "Dhaka resents how the law suggests that Bangladesh discriminates against religious minorities and worries that the law could prompt large numbers of Muslim migrants from Bangladesh to pour back into Bangladesh.”

While the CAA and NRC have provoked extensive criticisms and agitations in Bangladesh, the Indian government repeatedly assured that the CAA is an “internal” matter” and will not affect Bangladesh. But such assertions have not convinced Bangladesh. Indian Journalist, Sudha Ramachadran, has bluntly said, the “pursuit of policies harmful to Bangladesh and derisive remarks about Bangladeshis by Indian ministers have severely undermined public goodwill for India in Bangladesh” (The Diplomat, 04 January 2021).

Concerning the Rohingya refugee crisis, the Hasina government expected a tougher Myanmar policy from India. The issue remains a prime concern and a serious threat to Bangladesh’s security. She wanted India to persuade Myanmar to take back over one million Rohingya refugees sheltered in Bangladesh. During his official trip to Myanmar in September 2017, PM Modi refrained from mentioning the atrocities against the Rohingyas. An Indian scholar, Shreya Upadhyay, in her article, The Future of India's Do-nothing Policy toward the Rohingya, observed: "India till now has managed to keep at arm's length from the issue. Its policy is treading lightly with Myanmar, out of geo-political and geo-economic concerns." Obviously, India is disregarding its closest ally and strategic partner in favour of Myanmar on the Rohingya problem.

Reciprocity is an important element in constructing cooperation and for maximizing economic interests amongst the sovereign states. A solid and healthy bilateral relationship demands reciprocity, understanding and mutual trust. A security analyst of Bangladesh, Brig Gen Shahedul Anam Khan (Retd), while reviewing Bangladesh-India relations has raised a vital question -“India has achieved its strategic aim – have we?” He summed up that “What we have so far witnessed is India asserting its self-interest only in any bilateral negotiation. We hope that in future, this approach will give way to the policy of enlightened self-interest in dealing with its neighbours”.

To recap, given the fact that both remain “tested friends” and strategic partners for five decades, India – the world’s largest democracy and third-largest economy needs to firmly pursue its own founding principles as well as its strategic “neighbourhood first policy” for further enhancing the multifaceted partnership with its friendliest neighbour.

The writer is a former Professor and Chairman, Department of Political Science, University of Dhaka, Bangladesh.