Kartik Aaryan walks out of ‘Dostana 2’ 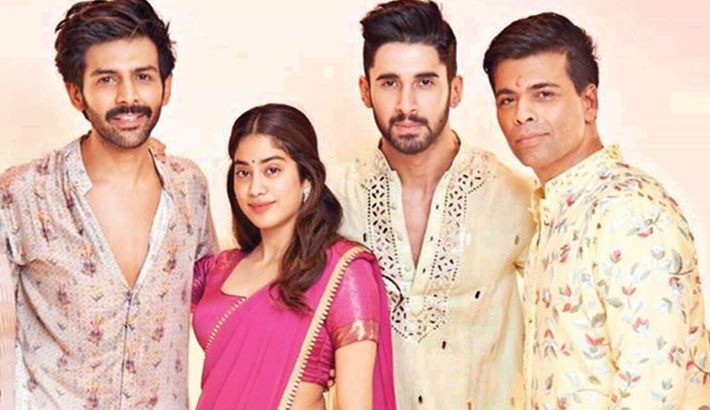 After shooting for almost two weeks for ‘Dostana 2’, Bollywood actor Kartik Aaryan has stepped out of the project due to “creative differences”, reports Indian Express.

A source close to Karan Johar’s Dharma Productions told, “Yes, Kartik has walked out of Dostana 2 over creative differences, even after going through the script before agreeing to do the film, and then also shooting for the film for over two weeks.”

Kartik Aaryan and Janhvi Kapoor had started shooting for the film in Amritsar in November 2019. The shoot was halted in March 2020 due to the outbreak of the Covid-19 pandemic.

Initially, it was being said that Kartik will be discontinuing working on the film as there were issues with his dates due to his Covid-19 diagnosis and the present lockdown scenario. However, the source states that “the actor’s move has totally jeopardised the film that too in the middle of an already tough time for actors and the film industry.”

Dostana 2 is a sequel to Priyanka Chopra, Abhishek Bachchan and John Abraham starrer Dostana (2008) which was directed by Tarun Mansukhani. Dostana 2 cast also includes Janhvi Kapoor and TV actor Laksh Lalwani, making his feature film debut. It is being directed by Collin D’Cunha. An official announcement on this development is due from the film’s production house. We also reached out to the actor’s team for his side of the story but are yet to receive a statement.