Golden Jubilee of Our First Cabinet 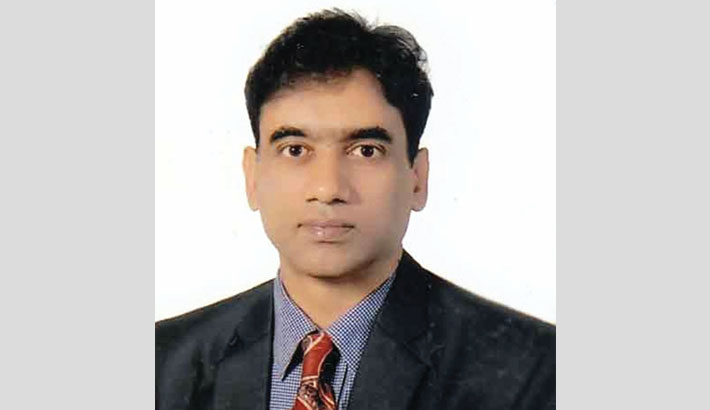 Bangladesh and the Bangalees of the country are celebrating the Mujib Year 2020 in observance of the 100th birth anniversary of Bangabandhu Sheikh Mujibur Rahman, the Father of the Nation and the Declarer of Independence of the country. It is also being followed by 2021 which is marking the Golden Jubilee of the Independence and the start of the Government of Bangladesh that began journey on March 26, 1971. Now April 17th is the Golden Jubilee of the oath of the Cabinet of the Government. On the very day of April 17, 1971 the first Cabinet took oath at Baidyanathtala (present Mujibnagar) of Meherpur Sub-division of the then Kushtia ditrict.

As there was the existence of a state ‘Bangladesh’ on and from March 26, 1971 there was, since the inception, its President Bangabandhu Sheikh Mujibur Rahman under the first Constitution of the country, the Proclamation of Independence, the shortest written constitution of the world, of April 10, 1971, which was given retrospective from March 26, 1971. Due to Bangabandhu’s confinement in jail in Pakistan the Vice-President Syed Nazrul Islam became the Acting President under the same document from the same day of our Independence. After 7 days of the adoption of the Constitution, the first Cabinet of Bangladesh took oath on April 17th that was administered by M A Mannan, an MNA (Member of National Assembly).

The President was empowered by the Proclamation of Independence to appoint a Prime Minister and, in accordance to his consideration, other ministers. The Proclamation, the first Constitution of the country, was drafted by an intimate lawyer comrade of Bangabandhu and a benevolent son of the soil freedom fighter and MNA-elect Barrister M Amir-ul Islam of Madhupur Kushtia in cooperation with Barrister Subrata Roy Chowdhury, a Calcutta High Court lawyer. It was adopted on April 10, 1971 by the first Constituent Assembly (Ganaparisad or the Legislative i.e. the first Parliament of the country) comprised of a number of 403 MNAs and MPAs (Members of National Assembly and Members of Provincial Assembly) who were elected in the first and last General Election held in the then Pakistan in 1970. Other 66 Members couldn’t participate in the event. Under the Proclamation, the supreme legal instrument of the nation, Tajuddin Ahmed took oath as the Prime Minister, A H M Kamruzzaman as the Home Minister, M Mansur Ali as the Finance Minister and Khondaker Mostaq as the Foreign Minister. Each of them was burdened with some other ministries too. Our respect, salute and greetings go to the first three ministers and not to Khondaker Mostaq. Simultaneously we express heartfelt respect to the Acting President Syed Nazrul Islam and certainly heartiest and humble gratitude to the President, the Thousand Year Best Bangalee Bangabandhu Sheikh Mujibur Rahman.

Maybe it is coincidental; where it vanishes there it begins. Mujibnagar is just beside, adjacent to, Amjhupi Neelkuthi, at a distance of 20 kilometers. At Amjhupi Neelkuthi in 1757 a small number of conspirators gathered against Nawab Siraj-ud-Dowla under the leadership of English merchant Robert Clive and of Bangalee Commander-in-Chief Mir Jafar Ali Khan with the purpose of overthrowing the Nawab and thereby to diminish the sun of Indian independence; and just after 214 years at Mujibnagar in 1971 a huge number of 403 MNAs and MPAs, people’s representatives of entire Bangladesh, gathered to rescue and recover the set sun of Independence of Bangladesh. It may not be wrong to say that through the representatives all the people of the country were present that day at Mujibnagar (Baidyanathtala). It is another natural inevitability that there was the treacherous mind Mir Jafar Ali khan surrounding the thought of Nawab Siraj-ud-Dowla at that time as was Khondaker Mostaq surrounding the thought of President Bangabandhu Sheikh Mujibur Rahman this time. Mir Jafar Ali Khan caused the assassination of Siraj-ud-Dowla by others; similarly Khondaker Mostaq caused the assassination of Bangabandhu by others. Mir Jafar crowned himself in the defeated Bangla; Khondaker Mostaq crowned himself in independent Bangla. This is why salute to three ministers Tajuddin Ahmed, A H M Kamruzzaman and M Mansur Ali and not to Mostaq. We are not too liberal to show gratitude to the killer of the Father of the Nation.

As stated above, the Mujibnagar Government ministers were sworn in on April 17, 1971 by M A Mannan MNA and the Proclamation was read out by Professor Yusuf Ali at around 11 a m-12:30 p m. The Commander-in-Chief of Bangladesh Forces was Colonel M A G Osmani. Guard of honour was given to the Acting President backed on the stage by Osmani who were backed by the four ministers standing down the stage. The dexterous team showing guard of honour comprised of 12 Ansar personnels and 4 police personnels that was led by the then SDPO (Sub-Divisional Police Officer) of Jhenaidah Mahbub Uddin Ahmed Bir Bikram, presently a Member of the Central Board of Governors of the Bangabandhu Parishad led by Dr. S A Malek. Prime Minister Tajuddin Ahmed, just after the guard of honour completed, declared the new name of the place Mujibnagar in view of linking Bangabandhu Sheikh Mujibur Rahman to the area and the history thereof (Source: mobile phonic conversation between SDPO Mahbub Uddin Ahmed Bir Bikram and the writer on April 14, 2021).

One may ask why Kushtia was selected or chosen by the freedom fighters and the organizers of the Liberation War as the place of adoption of the Proclamation of Independence, formation of the cabinet and oath of the ministers. Answer is not hard. First; Kushtia is near Darshana landborder with India across which the communication to Calcutta, the capital of West Bengal Province of India, was easier than other provinces of India like Assam, Tripura etc. Journey and communication from Calcutta to Delhi, the Indian capital, was smoother as well. Second; though Kushtia was captured by the Pakistani invaders during March 26 through 31, they flew from Kushtia under pressure and war-tacticks of the freedom fighters whereby it remained free during April 1 through 17 of 1971. Eventually all the sacred and platonic events of Proclamation, formation of cabinet and swearing could happen here by dint of the sharp decision of the freedom fighters and the leaders rendering Kushtia the first capital district of Bangladesh.

April 17th is the day of oath of the first Cabinet of the country, not of the Government, for the Government was in existence since the very day of Independence March 26, 1971. As there was a state Bangladesh it had its President, Sheikh Mujibur Rahman. As Bangladesh was a state, it had four components, specific landed area (55,598 square miles), one ideological people Bangalee, governmet and sovereignty. Certainly there couldn’t be the existence of statehood without government. Government comprises of three organs, executive, judiciary and legislative. As the Acting President Syed Nazrul Islam made a law, the Laws Continuance Enforcement Order, on April 10, 1971 with effect from March 26, 1971, in which he urged all the civil officers and the judicial officers acting on March 25, 1971 in the landed area of Bangladesh (former East-Pakistan), to show loyalty, on oath, to Bangladesh and thereby to continue offices and, in response, all of them complied with the urge, they, accordingly, formed the executive and the judiciary of the country. Moreover the constituent Assembly i.e. the legislative (Ganaparisad) was formed by the 403 MPAs and MNAs themselves present there on that day, April 10, 1971 which also had retrospective effect from March 26, 1971, as is evident in the Proclamation of Independence. All three organs, therefore, were present and in existence since March 26, 1971. There was no room for any legal gap or lacunae in the events. The executive divisions of the government are topped by ministers. Such ministers took oath on the day April 17, 1971. Salute and greetings, therefore, to all the ministers who were and are Bangalees, of Bangalee spirit, of Liberation War spirit, of Bangabandhu ideology of humanity, working under the leadership of Desharatna Sheikh Hasina, the daughter of Bangabandhu Sheikh Mujibur Rahman, and who will be such in future. Jay Bangla, Jay Bangabandhu.

The writer is a Professor and Ex-

Chairman of the Department of Law,