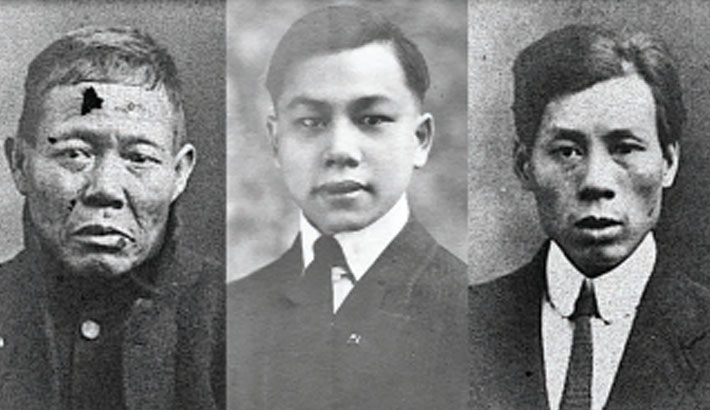 When the luxurious British passenger ship Titanic sank into the Atlantic Ocean in April 1912, thousands of people fell into the frigid waters.

Only one of the lifeboats that escaped the sinking ship turned back to search for potential survivors. In the darkness, the rescuers found a young Chinese man clinging to a wooden door, shivering but still alive.

That man was Fang Lang, one of six Chinese survivors of the Titanic, and his rescue would go on to inspire a famous scene in the 1997 Hollywood blockbuster Titanic.

But their miraculous survival was not the end of their ordeal.

The men were identified as Lee Bing, Fang Lang, Chang Chip, Ah Lam, Chung Foo and Ling Hee. They were believed to be sailors heading to the Caribbean for work.