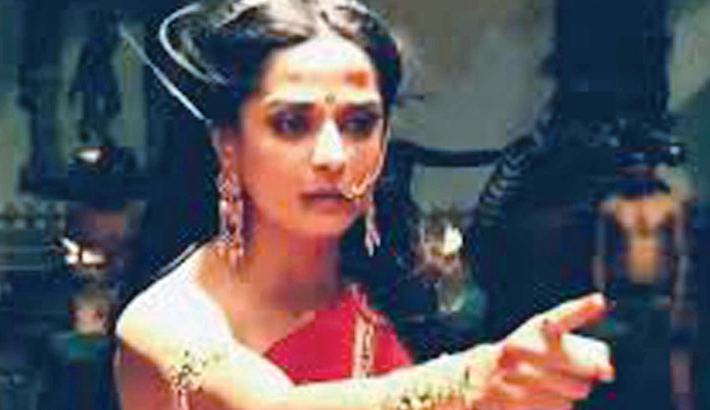 Anger is the second of six basic instincts of human beings. All living beings have anger but its exposition is different. Lower animals expose anger physically, but anger of human beings is exposed physically, mentally and strategically etcetera. This aspect of human life has been focused in various ways in Mahabharat. Epic poets have narrated the reasons and the results of anger through speeches and events. Such a situation is found in Book 3, Banparba (The forest book).

One evening, Pandavs and Draupadi were talking. Draupadi said to Yudhistir, “When you started for forest wearing deer skin all others except wicked Duryodhan, Dusshashan, Shakuni and Karna were shedding tears. You always put on milk white clothes, but now you are shabbily dressed. Young cooks prepared tasteful sweetmeats for you, but now you are living on forest foods. Don’t you feel angry to see the plight of mighty Bhimsen who alone could destroy the Kauravs, but now he is tolerating hardship only because of you?” Will you pardon the enemies even after witnessing the deplorable conditions of Nakul, Shahdev and a tiger like Arjun? Look at me, daughter of Draupad, sister of Dhristadunyu, wife of heroes. Would you tolerate everythingseeing me a forest dweller? People say that there is no Kshatriya without anger, but why you are an exception? Everybody mocks at that Kshatriya who does not show valour in proper time.”

“History says that once Boli asked his grandfather demon king Prahlad, “Which one is better, mercy or anger?” Prahlad replied, “My boy, neither anger nor mercy is always good. He, who always pardons, is ruined. Servants, enemies and neutral persons ignore him and uses harsh words for him. On the other hand, those who never pardon, have many faults. The person who punishes others everywhere becomes financially ruined and makes enemies gainer. Therefore, be mild and strict when necessary. Pardon that man who helped you earlier even he commits a crime. He, who commits crime without knowing, is worthy of getting mercy. Inversely, punish that criminal who commits crime knowing fully well, but says that he has done it without knowing. The first crime always deserves pardon, but the second crime, even minor, is punishable. Your majesty, sons of Dhritarastra are always greedy and criminal. They are never pardonable. Showing anger to them is your duty.”

In reply Yudhistir said, “You are very wise, but you have to remember that anger yields both good and bad. If tolerated, anger brings good. Angry persons commit sin, even kill their teachers. They can do everything. Considering all these my anger is now increasing. One, who does not become angry to see others’ anger, can salvage himself and others from danger. Scholars think them wise who can control anger with prudence. Only fools take anger for power. Anger leadshuman beings to destruction. Bhisma, Drone, Krishna, Vidur, Sanjay and great grandfather Vyas always told about the quality of tranquility. If they advise Dhritarastra about peace certainly he will give me the kingdom back. If, out of greed he does not do it, he will be ruined.”

Draupadi angrily argued, “Salute to gods who have created your delusion. Leaving the profession of your forefathers your mind has turned otherwise. Nobody can gain fortune through righteousness, kindness, mercy and simplicity. You performed holy havans but being intrigued by evil sense you have participated in dice game and have lost our brothers, even me. You are simple, soft spoken, generous and truthful. Yet, how did you get inclined to dice game? Only god determines happiness and sorrows of human beings according to deeds of their previous life. As wooden dolls move their limbs, similarly all human beings act according to directions of god. It is just like jewels in a garland, an ox tied with rope, a tree fallen in stream. Similarly, human beings are also devoid of independence.” They have to move according to god’s will. As omnipresent god controls virtue and vice, but nobody notices it. As human beings cut wood with axemade of iron, god also destroys animals with animals. Your majesty, god does not consider animals with the eyes of parents. He behaves like an angry inferior. Observing your plight and Durjodhans’s opulence I detract that god who has arranged this discrimination. If human beings have to suffer from their evil deeds then god is also involved in that sin. Moreover, if anybody suffers without committing any sin, he must be strong. I mourn for the weak.”

Yudhistir said, “Your words are sweet, unique and attractive, but worthy of atheist. I don’t look for the result of religion, I take it for a charity. I perform because I should do it. Without expecting result, I perform the duties of a domestic man to the best of my level. He, who expects result extracting religion and apprehends of atheist idea, doesn’t get the result of religion. You are arguing beyond your range. Don’t be doubtful about religion because it brings wrong. Dear, don’t blame god out of foolish sense. Wise sages have talked about god and have behaved gently. Don’t be confused about that god.”

Draupadi replied, “I don’t blame religion or god.  Out of sorrow I have talked much and I shall tell something more. Listen quietly. Your majesty, without being depressed, work. Those, who just depend on divinity and believe that everything happens suddenly, both are evil sensed. Anything gained through worship of god is divine and something earned through own effort is manliness. There are three reasons of gaining result – divinity, earlier works and manliness.If you follow valour, we must get rid of the severe danger we are facing.”

It is found that Yudhistir accepted Draupadi’s reasoning theoretically, but gradually reinforced his own arguments. He placed a unique argument that birth of living beings occur through union of two opposites. For example - men and women and all other animals. Crop grows through sun and rain. Fire and water jointly make food tasteful. Even thunder lies within cloud that gives rain. Draupadi argued vehemently, but it is also difficult to support Yudhistir because he himself repeatedly deviated from his own argument. From his subsequent actions sometimes it appears that Arjun’s doubtless principle to fight (or not to fight initially) is more effective than thoughtful instability or unsettled self-questioning of Yudhistir.