A Praiseworthy Move by Our Mission in Kuala Lumpur 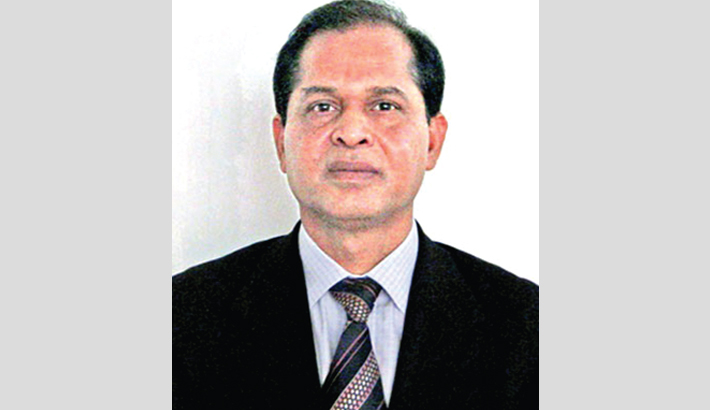 Last week, the High Commission of Bangladesh in Kuala Lumpur virtually launched a job portal named ‘Chakrir Khoj’ for the Bangladeshi job seekers staying in peninsular Malaysia. As said by the Bangladesh High Commissioner, this initiative has been taken for our migrant workers to ease the hassle in getting jobs in Malaysia.  He further said that Bangladeshi migrants working in Malaysia would be benefited from this digital platform, which is totally free from cheating by any middlemen or agents. The virtual launching ceremony, among others, was attended by our Expatriates’ Welfare and Overseas Employment Minister Mr. Imran Ahmad as the chief guest and State Minister for Foreign Affairs Mr. Md Shahriar Alam as the special guest.

In view of the life-threatening corona pandemic all over the world as well as the Labour Recalibration Programme of the Government of Malaysia, this initiative would certainly provide an excellent opportunity to our migrant workers who have been staying in Malaysia without legal status to be regularised with a job of their choice. Undoubtedly, our High Commission in Kuala Lumpur has done a commendable job and we must thank them.

The Labour Recalibration Programme, which has been launched by the Governmentof Malaysia on 16 November 2020 for the illegal immigrants in Malaysia, will continue till 30 June 2021 (if the time is not extended). The programme deals with two important issues concerning the illegal immigrants in Malaysia, namely the volunteer repatriation to their own countries and rehiring or legalization opportunities. It is clear from the objectives of the Recalibration programme that illegal immigrants in Malaysia, (a) who wish to return to their countries of origin are free to go back following some stipulated conditions (including payment of the fines for breaking immigration laws of Malaysia), and (b) who would like to work in Malaysia with a legal status may be employed by the local employers following the terms and conditions of the Malaysian Government. However, the Malaysian authorities, in the programme, have seriously taken appropriate precaution so that no third parties could get entry into it to exploit the migrant workers anymore.

Under this programme, Malaysian employers are allowed to employ these illegal foreign workers mainly in four sectors, such as construction, manufacturing, plantation and agriculture. These are the basic sectors on which the industrialisation of Malaysia depends, though, local peoples are not much keen to work in these sectors known as 3D (dangerous, difficult and dirty). There is no way to bypass the reality that these sectors are vital for strengthening Malaysian economy. Therefore, the demands are fulfilled by hiring foreign workers. Truly speaking, the economic wheels of Malaysia run greatly depending on these migrant workers. And there is little hope that one day in the future Malaysia would be able to run its economic activities without foreign workers.

I had the opportunity to see the launching ceremony of our Mission after a few days. The system developed by our Mission is not very difficult to be followed by our nationals. If they really want to do well, then they should avail the facilities of ‘Chakrir Khoj’. They should not preserve the mentality of going to an agent or dalal for legalization or finding out a job, as they did in the past when such opportunity came to them. They must feel that Bangladesh High Commission in Malaysia is their office and the people working there are their own people, who always think about their welfare and safety. I earnestly request our illegal migrants in peninsular Malaysia to come forward and avail the facilities provided by our Mission for having a legal status in Malaysia. They should not think about the dark path, where hides thousands of cheating and deprivation. They might not understand first how much dangerous those agents are, but finally they will find themselves with unexpected problems. They should not forget that their families in Bangladesh want to see them having a safe and secured life in Malaysia.

In 2011, Malaysian Government, like the present Recalibration Programme, undertook the Illegal Immigrants Comprehensive Settlement Programme (known as 6-P) to give a relief to the illegal or undocumented migrant workers in Malaysia. That programme also allowed the illegal workers to go back to their home voluntarily and those who wanted to stay in Malaysia, there was option to be legalized under a Malaysian employer. Though initially the government approved five sectors for the legalized workers, namely construction, plantation, manufacturing, farming and services sector, but later more 10 sectors were added.

I would like to share with our concerned authorities a few issues which might be helpful for them in handling the ongoing process. The Bangladeshi migrant workers in Malaysia normally prefer going to agents or dalals for any kind of help, whether it relates to passport, renewal of visa in the Malaysian Immigration, or finding a job. Even, they do not think for a while to pay huge amount of money to those middlemen. We had seen a very few Bangladeshi workers who never sought help from these agents or middlemen. It was not easy to motivate these Bangladeshis. This time, there is no guarantee that they would forget taking cooperation from their trusted ‘dalal’ friends and prefer the job portal of our Mission.

If the scenario has not been changed by now, then our experience says that Malaysian small-size companies (capable of employing 5/10 foreign workers) prefer agents/middlemen to supply them required number of foreign workers as they do not like to run to so many government agencies or offices to fulfill necessary rules and procedures. I fear that our illegal workers, this time also, might fall in the trap of the agents who allure them for good job. Our Mission might look into this issue and try to find out some way, though it would not be an easy task.

We had seen during the 2011 legalization programme that a good number of our migrants were not at all interested to avail the opportunity of legalization, rather they preferred to continue working in Malaysia as illegal migrants. They did so to keep them free for changing the employer as and when the liked. They were like free-lance migrant workers. In this mechanism, there are Malaysian employers (normally small-size) who also prefer illegal workers as these illegal workers are hired at a cheaper salary, very easy to appoint or dismiss and without any bindings of responsibilities or liabilities. This might also be a difficult issue to address.

I do not have any idea how our undocumented migrant workers have availed the opportunity of legalization before launching the digital platform ‘ChakrirKhoj’ by our Mission and whether there exists other means that illegal workers can follow. It could be better if our Mission could start this portal facilities from the very beginning of the programme. However, an analysis of the statistics could give an idea of the entire legalisation programme and the next course of actions to be taken by our authorities to make the Recalibration programme a success.

Finally, I would like to refer that while launching the Recalibration Programme last year, the Malaysian Home Minister said, “We are still freezing new foreign workers to Malaysia and it is still going on.” I assume that the issue of new recruitment of foreign workers would be placed on the table for consideration once the ongoing Recalibration programme ends. I also believe that our authorities will not take much time to go for conclusion of such understanding. In that context, I take the privilege to keep an appeal to all concerned in Bangladesh and Malaysia that in future recruitment of workers from Bangladesh, please protect our workers from any exploitation by any corner and follow a system based on modern technology, like the job-portal introduced by our High Commission in Malaysia, to keep all evils away from our aspirant workers who have been their preys always. It will be a great job if our High Commission in Malaysia, once again, take a similar initiative in case of new recruitment. Anyway, there are thousands of obstacles one has to cross to reach there. However, I have no doubt that any pro-people initiative would get the support of our Hon’ble Prime Minister Sheikh Hasina as well asthe Malaysian Foreign Minister Dato’ Seri Hishammuddin and Home Minister Datuk Seri Hamzah Zainudin.