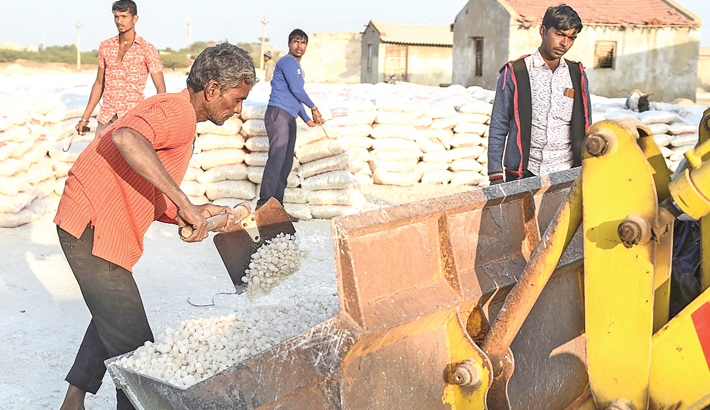 This picture taken on recently shows labourers working at a salt factory, in Kharaghoda village near the Little Rann of Kutch (LRK) region, some 120 km from Ahmedabad. Roshni Thakor left school to harvest salt from a sweltering sun-baked Indian desert, a backbreaking trade practiced by her ancestors for centuries but now threatened by runaway climate change. 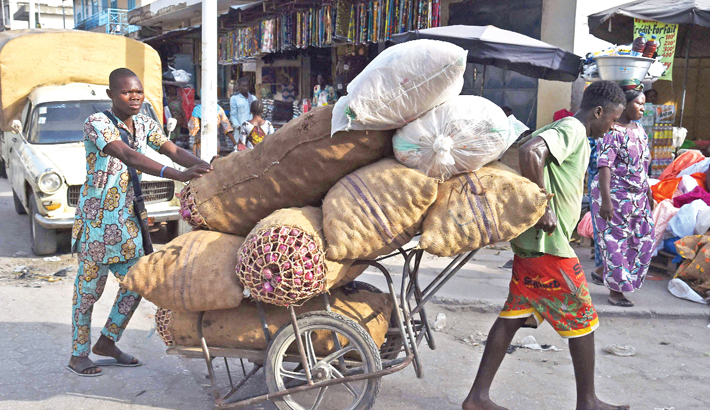 Cart pushers carry bags of onions and potatoes away from the market as business resumes after the incumbent Beninese president was declared winner of the presidential election in Cotonou, recently. Benin's President Patrice Talon took a tough stance on Wednesday vowing to track down those responsible for violence in opposition protests after he was re-elected in a vote critics say was stacked in his favour. 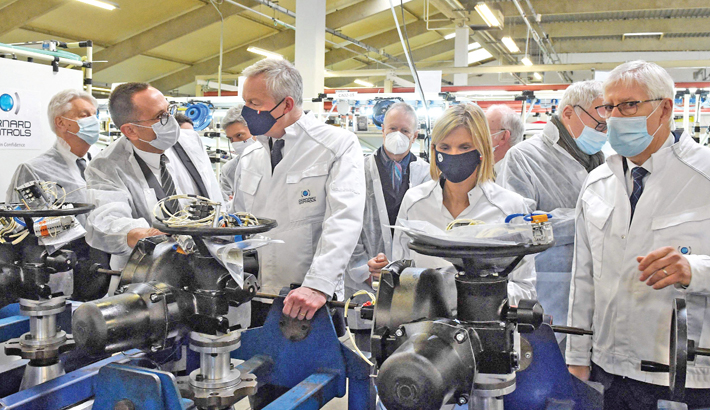 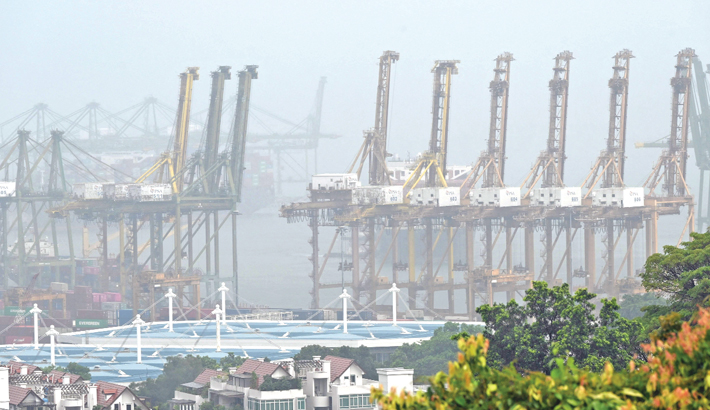 A container port terminal is pictured in a haze after a tropical downpour in Singapore on Thursday.