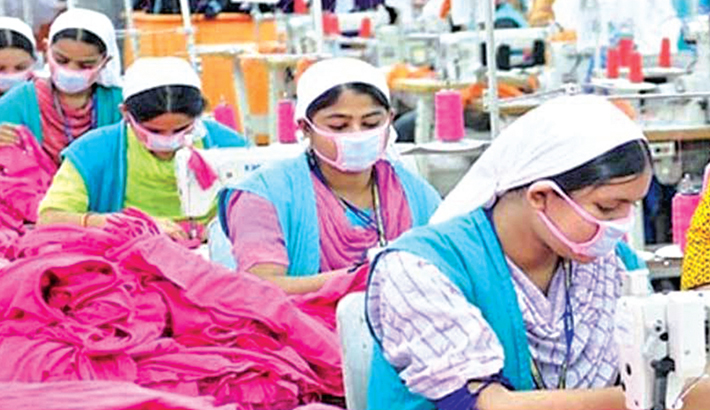 Garment and textile factories in Bangladesh continued their operation following health guidelines on the second day of a fresh stricter lockdown.

However, the workers are experiencing troubles while commuting to workplaces due to unavailability of public transports on the streets.

The government asked the factory authorities to arrange workers’ travel at their own management during the lockdown.

But many factories seem to have ignored the instructions of carrying their own workers to workplaces.

Meanwhile, BGMEA and BKMEA officials said the apparel sector trade bodies have formed six teams to monitor the factories whether they follow the health guidelines as prescribed against the spread of the virus.

“Our efforts are aimed at keeping the wheels of economy running while maintaining health safety measures against the spread of virus.”

He said the priority is to keep factories open following health guidelines strictly.

“All workers must wear masks and keep their hands clean by washing,” he said. He said the workers are being allowed to enter after checking their body temperatures as part of measures against the pandemic.

“The workers are also satisfied with the steps the authorities have taken on the issue,” he added.

According to factory owners, the country’s apparel industry will lose competitiveness in global market if they remain closed.

The garment sector has also reported continued fall in prices by 4.5 to 5 percent since September last year.

Besides, the sector has reported loss of export orders worth $6 billion in FY2019-20. In the first nine months of the current fiscal year, the loss was 9.5 percent compared to that in FY2018-19.

Due to the pandemic since February 2020, the retail business of the ready-made garment industry has sustained a negative trend, as Europe reported a 28 percent downfall and the US reported it to be 16 percent.