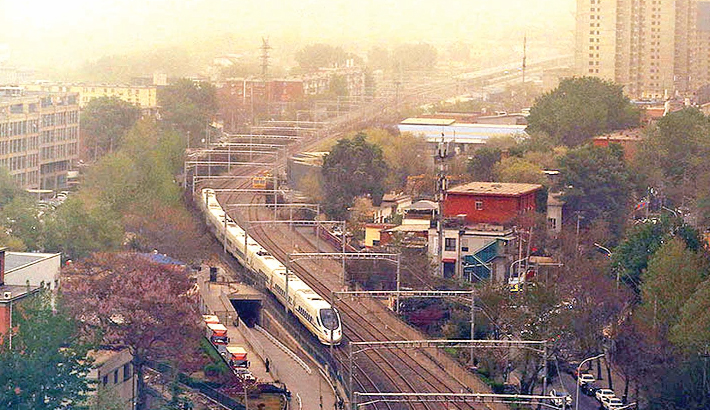 The skies above Beijing turned yellow and air pollution soared to severe levels as a giant cloud of sand and dust particles rolled into the city, propelled by strong winds from the north of China, reports Reuters.

Beijing’s air quality index rose to 324 as of 4:00 p.m. local time (0800 GMT) on Thursday, mainly due to larger particles of sand and dust, according to municipal authorities. The particles originated from Mongolia and the Chinese region of Inner Mongolia, and high winds are expected to carry the pollutants to central and eastern China by Friday,the China Meteorological Administration said.

The amount of sand in the air was less than that during two sandstorms in northern China last month, but the windspeed was higher, allowing the dusty weather to travel faster and farther, according to the meteorological administration.

China typically blames Mongolia’s Gobi desert for its annual sandstorms. Beijing has been planting millions of trees along its border to block out sandstorms, part of a project known as the “Great Green Wall”.