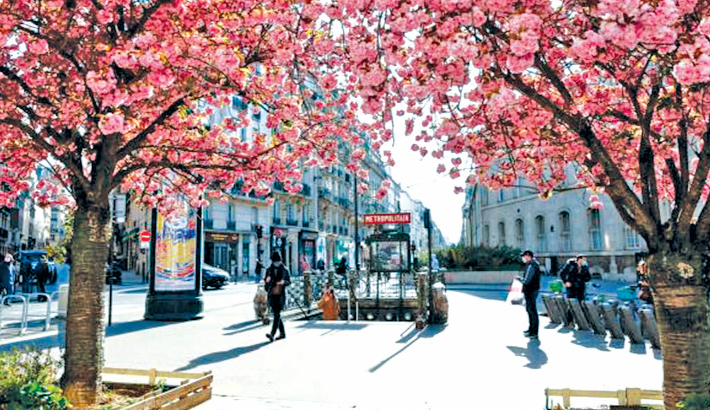 Noise pollution poses a long-term risk to tree populations and plant diversity that may persist even after the sources of excess noise are removed, according to research published on Wednesday, reports AFP.

Manmade noise from construction, industry and the building of infrastructure such as roads and pipelines has increased dramatically since the middle of last century, and biologists are increasingly concerned about their impact on plants and animals. While previous research has documented the short-term impact noise has on tree populations as it scares off pollinators such as insects and animals, few studies have investigated the long-term effects.

Researchers in the United States looked at tree populations in New Mexico that had been exposed to a high level of artificial noise for 15 years. They found 75 percent fewer pinyon pine seedlings in noisy sites than quiet ones.

They then looked at plots where sources of noise had recently been added or removed and examined how populations recovered.

The team hypothesised that populations of the trees—in this case juniper and pinyon seedlings—would recover as the jay birds that help disperse them would return to the plots once the noise had disappeared.

Instead, they detected a long-term decline in seedling numbers as the jays refused to revisit the sites.

“The effects of human noise pollution are growing into the structure of these woodland communities,” said Clinton Francis, biology professor at California Polytechnic State University and study co-author.

“What we’re seeing is that removal of the noise doesn’t necessarily immediately result in a recovery of ecological function.”

Jennifer Phillips, co-author of the research published in the journal Proceedings of the Royal Society B, said the findings showed how the impact of noise pollution could put pollinating animals off even after the noise is removed.

“Animals like the scrub-jay that are sensitive to noise learn to avoid particular areas,” said Phillips.

“It may take time for animals to rediscover these previously noisy areas, and we don’t know how long that might take.”

As governments continue to be confronted by growing evidence of the damage to nature caused by urbanisation, Phillips told AFP that the impact of noise pollution should also be factored in to planning decisions.

“I definitely think noise pollution, and other sensory pollutants like light, are under-accounted for in mitigation measures,” she said.

Phillips said the study could help inform governments about noise pollution can indirectly impact biodiversity due to “mutualisms” or inter-linked effects between species.