Be tough on Hefazat, other radical outfits 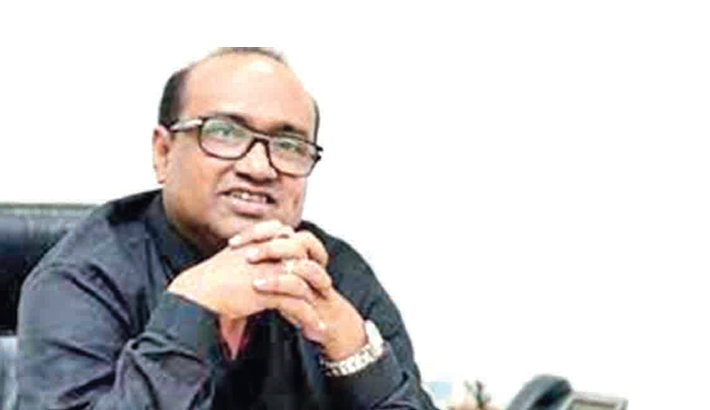 It is high time that all radical outfits including Hefazat-e Islam are dealt with an iron fist. Backed by Jamaat, both financially and organisationally, all radical organisations have become active once again. A depressed and power-starved BNP and its allies are not lagging behind in instigating the fundamental groups. Even we are witnessing an epic chemistry between the far-right groups and far-left groups who are kind of orphans in our political landscape.

At a time when Sheikh Hasina government has propelled the country towards a golden era of development, the radical and reactionary forces dealt a blow by under the guise of Hefazat. They have unleashed a cascade of devastation across the country and snatched the lives of many innocent people by pushing them towards radicalism.

All visible and invisible anti-government forces have now teamed up with Hefazat which appeared in the national scene by committing an unprecedented anarchy in the capital’s commercial zone on May 5, 2013. At that time they forced thousands of poor children of Qawmi Madrasahs to take to the streets who were not even familiar with the city roads. In the name of realising their 13 point demands, Hefazat had laid siege to the commercial hub and committed widespread vandalism. At night, BNP chief Khaleda Zia issued a statement asking all to stand by the group. Jamaat played an invisible role at that time too. However, the government and the administration handled the situation tactfully.

Hefazat men, who pretend to be religious, resorted to falsehood to go to Shapla Square. Police allowed them on condition of leaving the spot after performing a munajat, but they betrayed. But, they fled the spot after being chased by police, RAB and BGB. The then Hefazat-e-Islam chief Allama Shah Ahmad Shafi was scheduled to attend the mob. However, he avoided the programme quoting health grounds.

After the demise of Shafi, the outfit is helmed by Allama Junaid Babungari, who has proved himself to be a serious extremist. Religious bigots like Mamunul Haque came to the leadership of the group. They swoop on innocent people like a venomous snake. Sometimes, these people carry the national flag, but they have no respect to and reverence for the country’s liberation. The recent incidents also bear testimony to their anti-liberation stance.

When the country was observing its golden jubilee of independence, Hefazat men turned Baitul Mukarram National Mosque into a battlefield, and helped spread the violence all around.  These people don’t support independence. Rather, they worship militant kingpin Osama bin Laden. They would like to establish a Taliban regime. Hefazat and its supporters are out to destroy the national flag and anthem.

Like Pakistani occupation forces and collaborators, Hefazat leaders and activists consider Bangladesh’s liberation to be their defeat and ignominy. In fact, they are anti-state elements. They established a reign of terror in vast areas ranging from Hathazari to Brahmanbaria. They vandalised the monument plaques and statues of Father of the Nation Bangabandhu Sheikh Mujibur Rahman. Art and culture are of no value to them. Being supporters of Mullah Mohammed Omar, they do not abide by the constitution and other laws of the country. They ignore law enforcement agencies. These people do not believe in democracy and development; rather they wish to assume power through extremism. Hefazat is devoid of any ideology.  Acting Ameer of banned militant outfit Jama’atul Mujahideen Bangladesh (JMB) was arrested a few days ago. Various banned militant outfits are operating under the guise of Hefazat.

Mamunul Haque, who instigated attack on Hindu community at Shalla upazila in Sunamganj, is yet to be arrested. The perpetrators of Shapla Square atrocities have got off scot-free. Sheikh Hasina’s government took zero tolerance policy against terrorism and militancy. She never compromised with detrimental elements. It is high time that the government went tough on Frankenstein monster Hefazat.

The country has witnessed violence in the name of political movement, militancy and brutal killing of innocent people in the name of religion, and arson attack on passenger buses in the name of hartal. Repetition of such incidents should not be allowed. Law enforcement agencies will have to resist the leaders and activists of Hefazat, a group which is advancing with an ambition to establish anti-liberation politics. The constitution of the country has guaranteed the right to life and property of the citizens. A fundamental outfit, which does not respect the constitution, has no right to operate anymore. The social peace and economic development cannot be held hostage by any fundamental group. If needed, the government will have to ban Hefazat. The pro-liberation political parties and people should come forward to resist the group.

Hefazat is not above the law. It must be held accountable and brought to book for its recent heinous and destructive activities. There must be no room for fundamentalism and militancy in the country.

Whenever the radical forces rear their ugly heads in the country, a notorious intelligence agency of the defeated forces of 1971 extends helping hand to the bigots. To settle an old score, this vested quarter is always ready to support and instigate anti-liberation elements in the country. Anti-liberation forces are patronised and used as puppets. There is no let up in the destructive activities of radical forces even when the entire humanity is passing through a severe crisis because of Covid-19. So, it is high time to resist them. They must be defeated at any cost.

The writer is Executive Editor of the Bangladesh Pratidin.