Dhaka New Market: Heart and Soul of the City 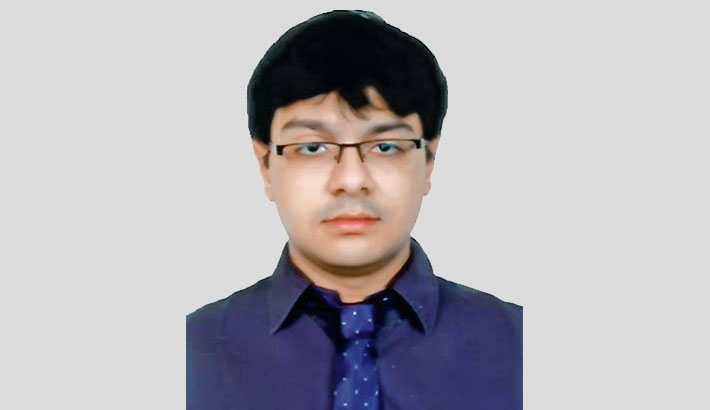 For decades, Dhaka New Market has been one of Dhaka’s most famous and prominent landmarks. Dhaka New Market is located in the area of Azimpur of the capital and is a large shopping complex. Construction of the market began in 1952 while it opened to the public in 1954. It encompasses an area of 35 acres, which can be described as massive for a city with a small area like Dhaka. Today, Dhaka New Market has several buildings within its area; street vendors have established numerous businesses throughout the shopping area. For the residents of Dhaka, the market complex has, over the years, become an integral part of their lives as they shop for a wide variety of products there. From every corner of the city, tens of thousands of men, women, and children visit Dhaka New Market for shopping purposes, reflecting just how important and popular the shopping complex is to the public. There are around 506 shops in the core area of Dhaka New Market.

From the 1950s till the end of the 1980s, Dhaka was a quiet city with limited commercial activity. Shopping centers or complexes were a rarity for the city as even people from higher middle income groups struggled to make ends meet. Even during that period, the Dhaka New Market served as a supremely popular shopping hub for the residents of Dhaka. From basic amenities to luxury goods, Dhaka New Market had it all. From the beginning of the 1990s, Dhaka started growing commercially at an exponential rate. Shopping malls sprung up all over the city, from Dhanmondi to Uttara, from Gulshan to Mirpur, and so on. In 2003, Bangladesh’s first mega shopping mall, Bashundhara City opened in the Panthapath area of the capital. Even with the presence of numerous shopping centers, Dhaka New Market has not lost its prominence.

Dhaka New Market is divided into several sections. Each section contains several shops selling goods of a specific category. One section is devoted to sarees and tailoring shops. Customers, primarily women, flock to this segment of the market to purchase sarees from a huge collection that is available for sale. In the past, it was unimaginable for a wedding to be held without a visit to the Dhaka New Market for the purchase of sarees. Others visit tailors to make various types of dresses of their liking. Another section of Dhaka New Market contains a wide number of bookstores. People of all ages, especially the youth, crowd this area to buy books by their favourite authors. Both Bangla and English books are available in large quantities, catering to the needs of individuals with distinct reading interests. Textbooks and stationery are also available in this area of the market where young children purchase their relevant academic materials. Additionally, there is a section devoted to clocks and watches. Watch enthusiasts explore this area for watches catering to their preferences. Furthermore, there is a section for decorative materials such as glassware and showpieces. Another portion is devoted to kitchen utensils, and it is very popular amongst women. Several jewellery shops are also situated within the vicinity of the market. Dhaka New Market also remains a popular destination for the purchase of leather products such as shoes.

Over the years, Dhaka New Market has lost some appeal among the higher income segments in Bangladesh. As income levels rose considerably, people started visiting more expensive shops in other areas of the city. Dhaka’s unbearable traffic congestion prevents a lot of its residents from visiting Dhaka New Market on a regular basis and the availability of shopping centers in virtually all areas of the city makes it more convenient for many to do their shopping in nearby locations. However, the overall rise in income levels has increased the size of the Bangladeshi market. Individuals belonging to lower income groups now have significantly higher incomes than they did in the past due to the country’s swift, consistent and rapid economic growth, allowing them to purchase goods at considerably higher rates. Overall, Dhaka New Market still stands as a thriving and flourishing commercial center.

Children remain enthusiastic about spending a fun-filled, shopping day at Dhaka New Market; the youth visit the market in search of numerous products that they need and want to buy; middle-aged people do a lot of their much-needed shopping at this famous marketplace; senior citizens also find the time to pay the occasional visit, reminiscing their experiences from their younger and more joyous days. What must be acknowledged and admired is the universal appeal that this shopping complex has had for six lengthy decades. Generations have been enthralled by what it has been offering for a long time.

As a person who spent almost his entire life in Dhaka, I can safely conclude that Dhaka New Market has taken up a special place in my heart. The same can be said about countless others. Even with the establishment of a huge number of shopping malls and developments of shopping areas across the city, Dhaka New Market still stands tall as one of Dhaka’s finest shopping hubs. Truly, Dhaka New Market can be described as ‘the heart and soul of the city’.

The writer is a Development professional. He can be