Virtues and Vices of Shipbuilding 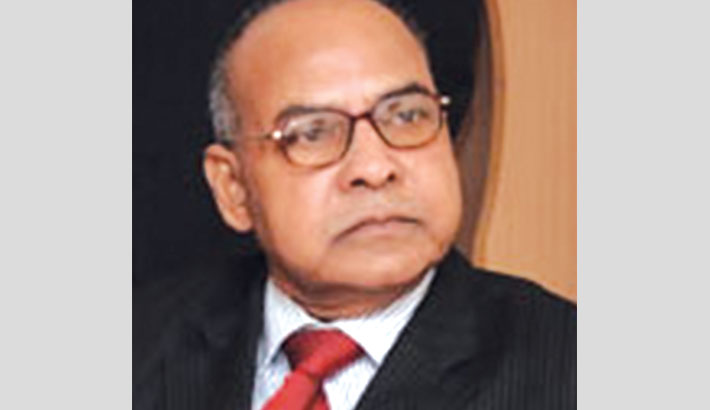 This article treats shipbuilding and shipping as synonymous as they only coexist. 121,368 ships and vessels of 1.4 billion gross tonnage comprised the world fleet which carried 11.9 billion tonnes of global imports and exports in 2019 and made 59.9 trillion ton-miles. Bangladesh had a total export of USD 31,734,162.42 billion and imports of USD 48,058,710.04 billion aggregating sea borne trade to USD 79,792,872.40 billion in 2020 which to grow at 5% per annum, Bangladesh to be a rich nation by 2041. The present growth rate is as low as 2.6% annually. Bangladesh, a developing country with meagre shipping and port facilities, pays about 8% to 9% of export and import values as freights, which is higher than that a rich country usually pays. Using 8.5% on an average, Bangladesh pays annually USD 678,239.15 billion as sea freights. In 2041 Bangladesh, being a rich country may need to pay USD 26 billion at today's rate of 6.5% paying by a rich country, for her expected aggregate value of USD 400.00 billion of imports and exports by then. These outflows of huge foreign currencies in the form of freights may be avoided, retained in the country by carrying exports and imports in Bangladeshi ships and vessels. Building of this essential fleet should be undertaken now because it is only 20 years to touch the tape.

The policy gazetted recently expects shipbuilding to earn foreign currencies, generate employments, strengthen blue economy endeavours and participate in government mega projects. Other benefits that shipbuilding usually renders are hidden and must it be so for the space constraint. For all quarters and stake holders, therefore, it is attempted in this article to elaborate benefits of shipbuilding, which is however, in no way exhaustive. At the same time it is very critical to recognise vices of shipbuilding and shipping as well.

Contributions and benefits of shipbuilding are multifarious, tangible and intangible. Notables of these are (I) retaining freight costs of exports and imports of a nation as well as earning of freights by transporting goods for other nations, (ii) employment generation (iii) foreign currency earning exporting ships and saving foreign currencies substituting imports (iv) saving and earning foreign currencies in terms of wages and salaries of nationals employed on board national and foreign ships as well as in local and foreign shipyards and industries (v) wealth acquisition (vi) development of industries and infrastructures (vii) technological elevation of societies (viii) establishment of trade and commerce (ix) strengthening naval forces (x) improving diplomacy and (xi) glorifying national image.

Shipbuilding creates employments on the land and on the sea. Venues of employments on the land are shipyards, dockyards, marine and machine workshops, supply chain manufacturing factories and companies, classification societies, statutory surveyors' and registrars' offices, backward and forward linkage industries, allied service proving companies, such as, banks, financial institutions, educational and training institutions, ports, tourist spots, navies, etc, and on the sea venues are shipping, fishing, tourism, navies, platforms and installations for exploration and extraction of minerals, chemicals, gas and oil, power generation and other activities continuing and to be developed under the Blue Economy. Professionals, such as, naval architects, engineers of different disciplines, marine engineers, captains, surveyors, computer experts, software developers, managers, accountants and lawyers find employments in shipbuilding and in allied fields on the land. Captains, deck officers, cadets, marine engineers, electricians, engine room artificers, seamen, ships stewards, fishermen, fish processors and many others get jobs on the sea. Also a large blue colour workforce comprised of highly skilled, skilled, semi- skilled artisans, such as, draftsmen, welders, cutters, fabricators, pipe fitters, electricians, painters, galvanisers, metal casters & blacksmiths, equipment and machine operators, dock masters and able bodied men such as, labour gangs and security guards etc. are employed on the land. New building and repair works may alone generate 500,000+ employments by 2026 in these fields if appropriate needed investments are made.

Shipbuilding has always been a factor in the rise and fall of kingdoms and empires up to the 2nd world war. The purge of wealth from far distant colonized lands and through trade links during 17th to 19th century by Europe, by dint of their superior skills in shipbuilding and therefrom dominations on seaborne trade and commerce, enriched them boundlessly. In modern days, it has been forming economic powers. Examples are the growth of Japan, South Korea and China. Over ages, shipbuilding has proved to be a strategic stepping stone for nations' development. The promulgated policy sets a target of an earning of USD 4.00 billion by 2026. To harvest resources from the ocean, be it oil, gas, minerals, chemicals, power or fishes, shipbuilding is needed.

A shipyard is a training ground. It imparts on job training elevating grades and levels of engineers, even of professionals, welders and other artisans and workers. These people with elevated knowledge, experience and expertise find employments in entirely different type of industries and activities. One of the most important elements of these training is the teaching of the practice of strict adherence to discipline, attaining flawless quality and shouldering responsibilities. A ship remains at the distant sea and for weeks and accordingly a ship is built flawlessly to the extent possible. Therefore, a shipyard demands and develops these qualities in its workforce. These intrinsic benefits of shipbuilding are invaluable for the development of a nation. These trained people help propagate industrial development in the country and migrate crossing the border to take higher paid employments earning foreign currencies for a developing country.

Development of Industries and Infrastructures

Floating part of any navy is the contribution of shipbuilding. A strong navy offers a nation an aim to acquire wealth. Possessing an invincible aircraft carrier is a formidable deterrent and a sign of prestige. A naval exercise is probably the best demonstration of the military strength of a country. A submarine introduced first in 1620 is still dominant in the underwater warfare.

Establishment of Trade and Commerce

Shipyards generate inward trades and commerce through purchasing their consumptions. Shipping, using products of shipbuilding, has generated trades and Commerce since the blossom of human desire for wealth. It carries now more than 80% of commodities for consumptions of the human and the industry. Therefore, trades like of oil, chemicals, gas, minerals, industrial products, what not, are created by shipping which is a direct contribution of shipbuilding. Apart from employments, cruise ships and tourism provide added values, outlook and visualisation of wonder of the creation by the mankind. Shipbuilding is one of the important ingredients for developing the ocean based blue economy.

Strength and wealth are useful tools in developing strong diplomacy and shipbuilding provides lots of them. A strong diplomacy helps export ships by facilitating expansion of export market, thus they are complementary to each other.

Transition from "shirt to ship" of Bangladesh is an example. Shipbuilding, so far among all industries known to the mankind, manufactures the largest product in size of about 1200 feet long and the costliest in value a billion US dollars. This heavy industry provides an image of elevated engineering capability, enthusiasm to excel and strength of a nation.

The Blue Economy is being considered as the most beneficial for the integrated development of the mankind with strict adherence to its first principle to protect and nourish the ocean, the sea and the environment. OECD predicts that the blue economy may outperform the global economy as whole in term of value addition and created employments. Its contributions have exceeded USD 1.85 trillion and 39 million direct full time employments in 2020. The trend of the present scenario continuing, these figures are predicted to be USD 3.20 trillion and 43.00 million by 2030 respectively. Tourism contributes 26% of its total accounted for contributions wherein Bangladesh is nearly non-existent. The employment in the fishing sector is the largest among all ongoing activities in the blue ocean. Bangladesh has a huge potential to increase needed employments of her large population and to earn from fishing, especially in the newly secured ocean area. Further, she is unable to explore her ocean and sea resources including fishes. Many of these resources are being lost on ageing which otherwise could be a substantial support to the people of Bangladesh and also to international communities. Bangladesh is naturally energy hungry having very low per head consumption. Ocean based energy generation could be an answer.

It is important that Bangladesh may draw supports from international communities to explore her sea resources. She may have preferences having quite a large population yet to have their living standard elevated. Bangladesh is also likely to get international supports to help reduce global carbon-foot-prints through harnessing energy from the ocean and the sea. The world's first global guiding framework for banks, insurers and investors to finance a sustainable blue economy has been adopted in 2018. 14 principles are laid down by OECD to finance a blue economic activity.

Air pollution by dusts of shot/ sand blasting and fumes from paintings, emission of gases from welding, accidents working in confined spaces and from fall of heavy metals, contamination of water by slipping compound, over capacity causing market distortions causing unpredictable impacts on employments worldwide and inappropriate spending of public funds are a few of many criticisms against shipbuilding.

Emissions from shipping contain some 18% of air pollutants by NOx, SO2, CO2, CO and particulates. CO2 alone has accounted for 2.2% of global total human-made emissions in 2012. With increasing sea shipment, the quantum of emissions will increase if shipbuilding and shipping go on as of today. Long travelling sound of a moving ship causes a serious noise pollution affecting orientation, communication and feeding of marine life. Traumatic impact of sound is a more critical hazard. Ship collision is an extinction threat to marine mammals. Need of frequent ballasting according to the present art of ship design results in migration of non-native invasive exotic species from one region to another that causes ecological and economic damages to aquatic ecosystems. The transplanted viruses and bacteria may also cause serious human health hazard. Bilge waters discharged through oily bilge separators contain minute oil concentrates, solid wastes and high oxygen. Even after using incinerators, particulates gets into the sea. Handling pollution from a cruise liner is strenuous. Oil spills from shipping, especially from an accident, is sometime devastating. Ship dismantling, also an unavoidable end of shipbuilding, has been dangerously harming men, the environment and the ocean since it has been shifted to less developed countries of lower cost in 1980.

Shipping/shipbuilding is the backbone of transportation, global civilization and continued economic development. Therefore, new regulations to limit emissions require new ships to fit tier III engines, to use fuel of low sulphur content (0.5%) and operating ships to fit scrubber on board. Fuel consumptions and GHG emissions are to be reduced by using fuel efficient propulsion systems, wind and solar power in combination with power from fossil fuel, hydrogen based fuel and improved painting scheme. Methanol and Ethanol should be developed as alternative fuel having nearly zero emission in the future. Ballast management by treating ballasting and de-ballasting waters or continuous intake and discharge of ballast waters should be adopted to avoid the undesired migration of foreign invasive biological elements. Shrouded propellers and/or motor driven propulsion should be fitted where possible to reduce sound pollution from shipping. Dismantling of ships has so far been a scare on shipbuilding, however very recently scrapping of ship has obtained green passport because of its recycling of used resources. Thus shipbuilding and shipping may gradually develop friendly relationship with the environment.

The writer is the Chairman of the Ananda Group and President, Association of Export Oriented Shipbuilding Industries of Bangladesh.