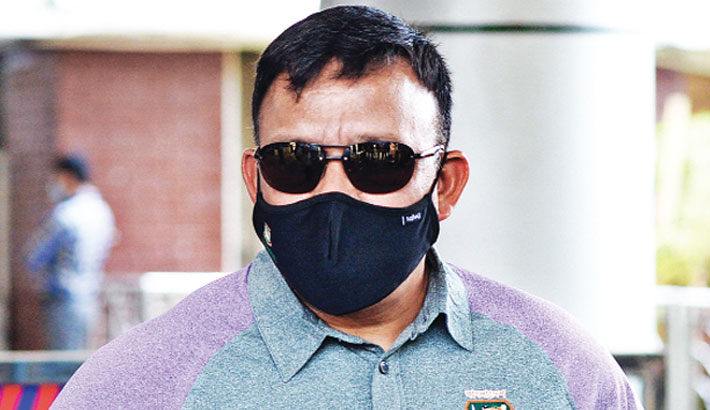 Bangladesh team reached Colombo safely following the PCR tests have checked in at the quarantine facility at Negombo on Monday to play the two-match Test series, scheduled to start at Pallekelle from April 21 while the second Test is slated from April 29.

BCB appointed Mahmud as the team leader after the disastrous Tigers’ performance in the recent past losing eight games on a trot across the format.

“I don’t consider anyone as young even though the likes of Tamim (Iqbal), Mushfiqur (Rahim), or Mominul (Haque) are far experienced than the rest, I’d still say they are all the same, as everyone that is wearing the Bangladeshi jersey, has the same amount of responsibility,” said Mahmud.

“Miraz had a phenomenal performance against England, who is an example of youngsters showing their skills and making impacts early, which in my opinion, is possessed by every other youngster, as they just need to have the mindset and the positive attitude. We would have to care less about the result but we need to fight first,” he said.

Bangladesh left for Sri Lanka with their 21-member preliminary squad so that they can choose the Test squad after the practice match. Mominul said that when a team is losing, selecting the playing XI becomes easier as those out of form keep making way for others.

Bangladesh will be completing three-day quarantine upon arrival and Mahmud said that he is sure cricketers will have no problem with it.

“It’d ultimately be good for the boys as they’d have ample amount of rests, alongside being physically fit; after the three-day room quarantine period, they’d get to talk among themselves, practice within themselves; so they’d have no problems with it. They may feel bad for the first couple of days but will get used to it eventually,” Bangladesh team leader said adding that he is well aware that it will be tough to beat Sri Lanka in their own backyard.

“It’s quite humid weather over there at this time of the year, as we also know, Sri Lanka are one of the toughest competitors in their home turf, but in terms of the skills, I don’t think we are lacking behind them at all. We would do a lot better if we can play our best cricket according to the process,” he said.

“Even though our last Test series wasn’t fruitful enough but I think we have the capabilities, as the same goes for our last foreign tour in New Zealand. Playing in Sri Lanka will generate new opportunities, as we had played there before, so we are quite familiar with the conditions. Maybe we haven’t played in Kandy before, but we’ve played in Colombo, so we’d like to play our best cricket possible; to cultivate positive results,” he said.

Mahmud, the former national head coach, added that he will have his plans in place while added that they need to play with a positive mindset.

“I have my own ideas with a positive mindset, and I decide how to talk to them, and I believe, none of them are new around here, as I’ve worked with every one of them in some stages; so I think I’m quite capable with my job. However, we don’t have much time, but we have to make the most of it, and I’m hoping for a good outcome,” said Mahmud.

“We obviously want to win, and we want to dominate over thereby playing the best cricket possible, and by being the better team. It’s a game of five days, so we need to play session by session, as previously against the West Indies; we had lost the match even though we had domination on the first four days; so we don’t want to make it a pattern, and we want to keep our concentration level high,” he said.

“Players are very fit, yet it’s debatable as to why they are continuously being unable to illustrate in the field. They are going through a process, and I think we need to get them to play as a unit, as individual performance doesn’t matter much in a team game,” he concluded.