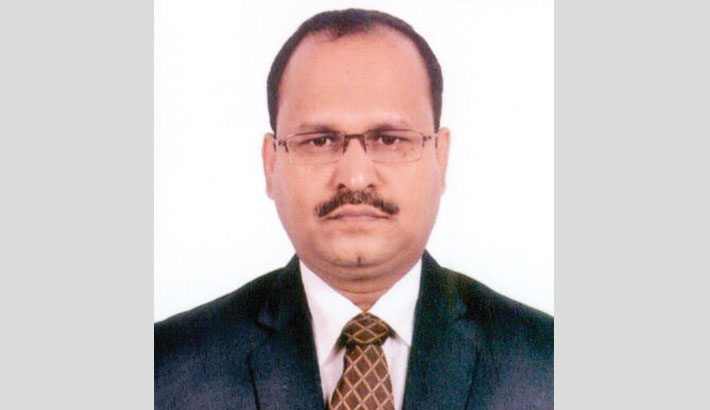 Long ago national poet Kazi Nazrul Islam asked –“Where is that Muslim who has full faith in Allah?” Poet Nazrul also said in a different poem, “Who has found Islam, the precious object? We look for the ones who have become gold by its touch”). Though the preceding verses are age-old, their relevance and prevalence are certainly gaining prominence in our vicinity and beyond.

Vast majority people of the country are Muslims and most of them have profound reverence for Islam. Many are practicing Muslims while many are not regular in their prayers despite having devotion for prayers and other Islamic instructions. In our country, there are a lot of Islamic clerics. Most of the people harbour solemn admiration for them. In fact, many Islamic clerics command great adoration among a big majority of people. They are called  pirs, murshids, shayaks, allamas and in many other parlances. People have a tendency to love and honour them so much so that the love seems, at times, simply blind.

Human beings may have many faults and failings. As temptations are all around, it is not at all easy to remain immune from the temptations. For the general people, aberrations or deviations are quite usual. When their aberrations are akin to offences, they are punishable under the laws of the country. Islam, too, finds such offences punishable. When, however, religious leaders or clerics commit any such offence and does not repent for the same, things become really obnoxious and frustrating for the followers and observers.

The recent scandal regarding an Islamic cleric of the country has thus opened up a wide window for discussion and debate. As a human being, every one has the right to relax with his or her partner. There are valid means for them, too. However, why should one take recourse to lies and trickeries? One does not need to be an Islamic scholar to have the knowledge that both telling lies and cheating are strictly forbidden in Islam. Our great prophet Hazrat Mohammad (PBUH) was proverbial for his truthfulness.

Being disciples of great prophet, common Muslims try to remain as truthful as possible. However, despite claiming to be an Islamic scholar, telling lies for convenience and comfort and trying to defend the lies instead of remorse make things excessively fuzzy and unacceptable for the genuine believers of Islam. It, at the same time, sends a very wrong message down the line. Too err is human. Committing sins is also common in Muslims and there are means to seeking forgiveness for sins. Despite remaining far away from sins, even prophet Hazrat Mohammad (PBUH) used to seek forgiveness from Allah many times a day.

The thieves do not listen to the scriptures. However, what to do when the clerics do the same while preaching that they are serving the scriptures and working as proponents of the same? The recent incident has also brought forth another dangerous dimension and that is a frantic move on the parts of some people to falsely and emotionally defend the position of that cleric. By so doing, the cleric himself and some of his blind followers must have done a great disservice to the holiness of Islam. Unfortunately, however, they are not even ready to confess to the wrongdoings and disservices they have committed.

Madrasas are sacred and resourceful places. Syllabuses there include holy books of Islam such as Quran, Hadith, Fiqha and so on. Thousands of students attend and stay at madrasas. Molestation of children is not a new phenomenon in the world. In different parts of the world, molestation and sexual abuse of children in the courtyard of churches is a reported and condemned thing. Reports of such molestations in other sacred places also surface at times. Unfortunately, such perversions are on the increase in our madrasas as well. This obnoxious thing fills the society with sheer fear and anger.

In fact, only a few of such incidents come to light by courtesy of reports from the media. Only Almighty knows the real magnitude of such vices there! This is not to allude to the indication that such incidents happen quite frequently over there but to try to comprehend the gravity of the issue as so many orphans stay there without having no shelter elsewhere. Their helplessness is a real weakness for the people, having no morality, to take advantage of. As the children do not have strong guardians to complain about, the fear gets condensed.

Many victims do not inform their guardians of such victimisations out of fear. Even many guardians do not believe their children’s pains out of blind belief for the clerics or due to inability to redress the grievances. Reportedly, the offenders misinterpret the verses of holy books as well to cater to their evil designs. The society is becoming increasingly engrossed in hedonism and gratification of carnal desire is literally having a sharp rise these days. The people involved in religious institutions are very much part of the society.

In Bangladesh, thousands of followers and devotees rally round the Islamic clerics and speakers. The latter enjoy enviable popularity among the masses. Islamic congregations draw thousands of people in the audience. To be candid, very few leaders can have so many people to listen to them so passionately. Then, when any such cleric is seen to have committed anything silly or sinful, the impact is bound to be quite devastating. Thus, remaining cautious and disciplined is the key to remaining clean.

Even a single unguarded moment can spell disaster for the one who propagates morality. In fact, the said clerichas committed series of blunders and has been in the centre-stage of a comedy of circus. Ironically, thus, even the good words and verses he uttered in the past are now speaking against him. Gross deviations are such things that can ruin everything in the twinkling of an eye. May Almighty save us from committing such deviations that can damage our image both to ourselves and to the society.

The writer is a Professor, Department of Public Administration and Chancellor’s Nominee Syndicate Member, University of Chittagong. Email: