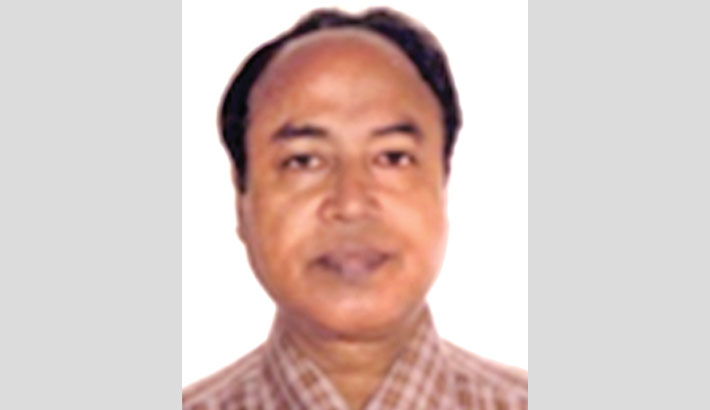 Bangladesh has been struggling for the development of nuclear power energy for its peaceful use in fulfilling the ever growing demand of electricity for decades. Though it has become a controversial option for developing electrical energy about 15% of the world’s electricity coming from the nuclear power reactors. ‘It is the world’s second largest source of low-carbon power (29% of the total in 2018). Over 50 countries utilise nuclear energy in about 220 research reactors. In addition to research, these reactors are used for the production of medical and industrial isotopes, as well as for training.’ Nuclear technology uses the energy released by splitting the atoms of certain elements. It was first developed in the 1940s, and during the Second World War research initially focused on producing atomic bombs. In the 1950s, attention turned to the peaceful use of nuclear fission, in a controlled manner for naval propulsion and for making electricity.

The first nuclear reactor to produce electricity (albeit a trivial amount) was the small Experimental Breeder Reactor (EBR-1) designed and operated by Argonne National Laboratory and sited in Idaho, USA. The reactor started up in December 1951.

In 1953 President Eisenhower proposed his "Atoms for Peace" programme, which reoriented significant research effort towards electricity generation and set the course for civil nuclear energy development in the USA.

What is nuclear power electricity?

Nuclear power is generated by splitting uranium or plutonium atoms through chain reactions in a nuclear reactor by a process known as ‘fission’. The nucleus breaks down resulting in the emission of heat and radiation followed by the chain reaction which is very dangerous. The energy released from splitting the atoms is used to heat water into steam. This steam then turns a turbine, which creates usable electricity. Experts believe that thorium is another fuel that could be used for nuclear power. It’s already being used in countries like India and Russia. 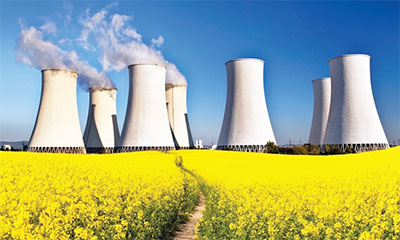 Generating electricity using nuclear reactors carries high risk but offers a number of rewards. There are strong proponents as well as serious opponents of nuclear energy. Advocates for and against nuclear energy are equally passionate about their causes. So it is very important to understand the pros and cons of this source of energy before going to build-up such a plant. Since Bangladesh has already embarked on a nuclear power plant project at Rooppur, Pabna, many people become more interested to look at its advantages and disadvantages.

1)            Clean Energy: Nuclear energy produces electricity without greenhouse gas emissions and pollution. It is cleaner than many other forms of energy production. Essentially, nuclear power would be “carbon-zero” if the uranium were mined and transported in a more efficient way. According to World Nuclear Association (WNA) "Greenhouse gas emissions of nuclear power plants are among the lowest of any electricity generation method and on a lifecycle basis are comparable to wind, hydro-electricity and biomass.” Excess carbon dioxide is one of the leading causes of climate change. So, the less carbon and greenhouse gas emissions help to keep our planet clean. In fact, according to the Nuclear Energy Institute (NEI), nuclear electricity production prevents 528 million metric tons of carbon dioxide from being released into the atmosphere annually.

2)            Reliability: One of the biggest benefits of nuclear energy is that it is a reliable power generation source. Unlike solar and wind energy, which need the sun to be shining or the wind to be blowing, nuclear power can be generated at any time throughout the day. It means that a nuclear power plant can produce energy nonstop, and you won’t have to experience any delays in energy production. When a nuclear power plant is functioning properly, it can run uninterrupted for one to two years. This results in fewer brownouts or other power interruptions. It is more stable than other forms of energy.

3)            Cheap: Nuclear energy produces electricity at a competitive price and is generally comparable in output to coal plants. It needs less uranium to produce the same amount of energy of coal or oil, which lowers the cost of producing the same amount of energy. Uranium is also less expensive to procure and transport, which further lowers the cost. According to the Nuclear Energy Institute (NEI) "One uranium fuel pellet creates as much energy as one ton of coal, 149 gallons of oil or 17,000 cubic feet of natural gas."

4)            Low Operating cost: Although nuclear power reactors are expensive to build, they are relatively cheap to operate. Fuel is inexpensive and a plant can be operated by small number of people, approximately 10 people.

6)            High Reserves: Nuclear reactors make use of uranium as fuel and produces huge amounts of energy from small amounts of uranium. The Earth has the high reserves of uranium. Moreover other fuel cycles like Thorium are available for power generation. Whereas, oil reserves and other fossil type fuels are likely to run out shortly.

7)            High energy density/Concentration: The nuclear energy is by far the most concentrated form of energy, so it can be produced in large quantities over short periods of time. It is estimated that the amount of energy released in a nuclear fission reaction is ten million times greater than the amount released when burning fossil fuels. Therefore, the amount of nuclear fuel required in a nuclear power plant is much smaller compared to those of other types of power plants. This helps contribute to the low cost of nuclear energy. One nuclear power plant can produce thousands of megawatt hours of energy.

9)            Location: A nuclear plant is not dependant on local sources like oil and coal and can be set up in any part of the globe. It also does not require a lot of space and so can be placed in already developed areas.

1)            Risk of handling raw materials: Uranium is used in the process of fission and it's a naturally unstable element. Special precautions must have to be taken during the mining, transporting and storing of the uranium, as well as the storing of any waste product to prevent it from giving off harmful levels of radiation. Uranium mining is known for releasing arsenic and radon which has had a negative impact on the health of those living around uranium mines.

2)            Non-renewable energy: Nuclear energy is an alternative energy but not a renewable energy as uranium is a non-renewable source and its supplies are limited. As we mine uranium, we deplete the amount that is available, and more will not be produced within a human lifetime which may cause problems in the years ahead.

4)            Radioactive waste: The waste created by nuclear power plants remains dangerously radioactive for thousands of years after it is created, and has to be carefully stored for many years. As the spent fuel is highly radioactive it is a very big issue of nuclear waste management. When waste continues to accumulate at nuclear power plants, and if there is a compromise in the storage facility, such as a leak, the radioactive material could cause significant damage to surrounding areas. A solution to the waste management problem needs to be explored and developed. This will also raise the research and development costs.

5)            Risks of Leakage: Nuclear reactors are built with several safety systems designed to contain the radiation given off in the fission process. When these safety systems are properly installed and maintained, they function adequately. When they are not maintained, have structural flaws or were improperly installed, a nuclear reactor could release harmful amounts of radiation into the environment during the process of regular use. If a containment field were to rupture suddenly, the resulting leak of radiation could be catastrophic

6)            Risk of nuclear accidents: Nuclear power plants have very strict safety measures in place. However, accidents can happen no matter how careful you are. A meltdown at a nuclear plant can have a catastrophic impact on the surrounding areas, which we know from events like the Fukushima disaster (2011), Japan, Chernobyl (1986) in Russia and Three Mile Island (1979) in USA. In the event of a nuclear meltdown, harmful radiation can leak, which can cause adverse effects on the environment and on human health. The incident at Chernobyl ultimately led to thousands of deaths, with estimates ranging from 4000 to 60,000 dead as a result of the incident. Not only that more than 2 million people are still struggling with health problems related to Chernobyl. Today, over 30 years later, access is still limited within the 19-mile Chernobyl exclusion zone.

It is important to keep in mind, however, that these types of accidents are rare. Plus, many studies show that the fossil fuel industry is substantially more deadly than the nuclear industry, even when you include catastrophes like Chernobyl.

7)            Adverse environmental impact: It has a substantial adverse impact on the environment, mainly through mining and water discharge. Nuclear power plants cause thermal pollution. The pollutants released by nuclear plants are heavy metals and toxic pollutants that harm plant and animal life in aquatic bodies. Most nuclear power plants are located on a body of water, like a lake or the ocean. The power plant uses water from the lake or ocean, referred to as cooling water, to condense steam back into water. This process causes the cooling water to increase in temperature, and is then released back into the body of water. This hot water significantly changes the chemistry of the ocean or lake it is discharged into, making it inhabitable to most aquatic life.

8)            Nuclear Weapons Threat: It has potential nuclear proliferation issues. Some reactors produce plutonium which can be used to make nuclear weapons. Nuclear weapons are a major threat to the world as they can cause a large-scale devastation.

10)          Terrorism: Nuclear plants may be vulnerable targets to anyone wanting to disrupt the power supply, and to have quite horrific results and to devastate an entire region.

11)          Shutdown Reactors: There have been several nuclear reactors that have failed and been shut down that are still in existence. These abandoned reactors are taking up valuable land space, could be contaminating the areas surrounding them, and yet are often too unstable to be removed.

The success of a properly installed nuclear power plant project depends on its ability to eliminate or mitigate all the adverse effects efficiently. To harness the potential benefits of a nuclear power plant strict procedures and guidelines must have to be followed at all phases of planning, design, operation, maintenance, waste management, safety and security measures of all concerned.