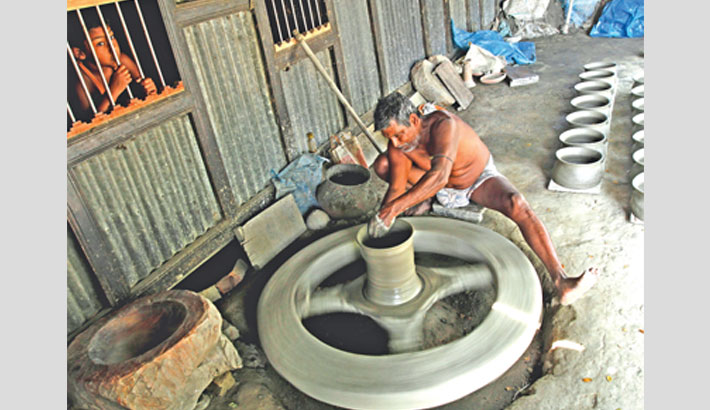 The Micro Finance Institutions (MFIs) have been working with 30 million rural people and disbursing easy loans to help revive economic activities despite a new surge in coronavirus infection across the country, experts said.

They also suggested arranging short training sessions for the unemployed youths so that they can involve themselves in small entrepreneurship programs, which will also help them in future career planning.

According to Microcredit Regulatory Authority (MRA) data, around Tk 1.35 trillion revolving funds of MFIs has been disbursed among the rural people including small and micro-entrepreneurs by injecting money into their small initiatives.

Most of the MFIs are operating their activities based on their own funding and members saving. Though foreign funding in MFIs was more than 17.36 per cent in 2001, the foreign funds have reduced to only 0.55 per cent, demonstrating the strength of the country’s microcredit sector, MRA Director Mohammad Yakub Hossain told the Daily Sun on Saturday.

The MRA official said among the Tk 1.35 trillion revolving fund of MFIs, around 36.69 per cent came from the members’

According to the half-yearly report of the fiscal year 2020-21, the number of members of NGOs was 36.3 million till December 2020. At present, one of the major sources of funds of the NGO-MFIs is the savings of its members.

Eminent economist and former adviser of a caretaker government Dr ABM Mirza Azizul Islam said many people left urban areas due to coronavirus outbreak, but the rural economy is likely to be able to absorb the pressure as MFIs are funding in small initiatives.

He said the agricultural sector, the driving force of the rural economy, is going to be overburdened with the returnees though the sector contributes 15 per cent to the GDP and provides 40 per cent of jobs.

There is a limitation for banks to finance in the microcredit sector as the banking system requires guarantee and many other documents while the microcredit by MFIs do not seek such document or guarantee.

Distinguished Fellow of Centre for Policy Dialogue (CPD) Prof Mustafizur Rahman said the rural economy is a vital point for the economy of Bangladesh, which needs to get special attention to revive the rural production sector.

If the rural financing is smooth and accelerate through the MFIs to increase the production, the country will be able to meet a large portion of urban demand during and post covid-19 period, he added.