Getting Rid of Tobacco by 2040: The Time to Act Is Now 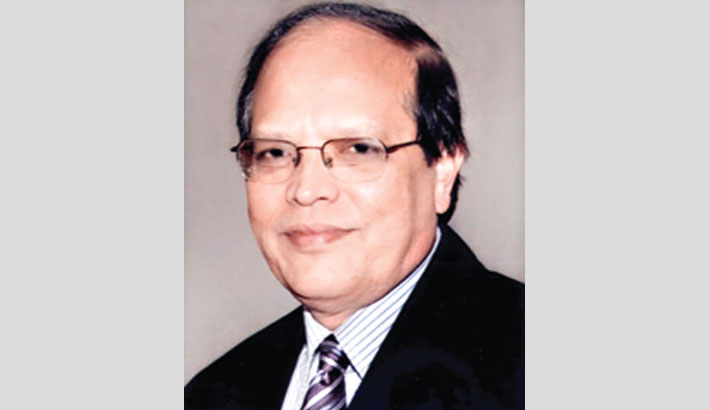 Despite many challenges, particularly the latest onslaught of the pandemic, Bangladesh today is globally acknowledged as a success story of sustainable development. This success can be mostly attributed to prudent pro-people policies that have been implemented, especially over the last 12 years. Bangladesh Premier Sheikh Hasina, like her father- Bangabandhu Sheikh Mujibur Rahman, has been consistently putting the people first in her development strategy. At the same time she has been recognising the challenges faced by the country while pacing forward in her development journey. Hence, we were not surprised, when in the closing session of the ‘South Asian Speaker’s Summit on Achieving the Sustainable Development Goals (SDGs)’ held on 31 January 2016, she iterated, “Although we have earned notable progress in tobacco control, we are not complacent, we still have to do some more to fully comply with the FCTC and to reduce tobacco substantially in Bangladesh, making our beloved country tobacco free by 2040”. This articulation of political will and commitment to fight the fallouts of tobacco consumption has certainly been well placed. None can deny the fact that the tobacco indeed has been a major roadblock on the way towards accelerated socio-economic progress of Bangladesh.

As per the Tobacco Atlas 2020, each year over 1,61,000 people die because of tobacco use in Bangladesh. If the health cost of tobacco uses and the loss of productivity due to the same are combined, then that outweighs the revenue generated from tobacco sales by 34 percent. Let us not forget the negative impact of tobacco cultivation on the environment.  If that is added, then the cost would be even higher. If we look at the micro-level expenditures going beyond the macro account, the cost of tobacco use becomes even more visible. Data from the Household Income and Expenditure Survey (HIES) of 2016 reveals that the poorest 20 percent of Bangladesh households spend more than one-fifth of their annual income on tobacco. Altogether, tobacco consuming households of Bangladesh spend BDT 99 billion on tobacco products each year (which is 0.35 percent of our GDP). Had these households, instead of spending this money on tobacco products, invested the same money on education of their children, then the total education expenditure of Bangladesh could have increased by 11 percent. More importantly, we could have saved the money that we had to spend every year to deal with tobacco related diseases. This could have certainly benefited the poorer households more than others.

There is clearly an abundance of rationale for curbing tobacco consumption in Bangladesh. At the same time, one must also note that we also have internationally practiced proven methods of curbing tobacco consumption. Experiences from sub-regional, regional and international levels have shown that effective taxation is the most efficient tool to curb tobacco consumption.  Our honourable Prime Minister herself, in her said remarks of 2016, also pointed out that the Government of Bangladesh will be going for “a strong tobacco taxation policy”. In alignment with this directive, our government has been consistently increasing taxes on tobacco products. However, growth of per capita income in Bangladesh has always been outpacing the growth of prices of tobacco products.  As a result, desired outcome from increased tobacco taxation is yet to be visible. But it must be realised by all stakeholders that we ought to reduce tobacco consumption at all levels. And the pace of reduction of consumption must be higher for the lower income people due to obvious reasons. This has become even more important in the context of the pandemic and the related economic slowdown. The persistent tobacco consumers are likely to be more seriously affected by the coronavirus as they have already done so much harm to their lunges through smoking inhalation. They are more susceptible to breathing complications and become easy victims of the pandemic. Also, other health problems including dental diseases originate from smoking cigarettes and as well as smoke-less tobacco products. The total out of pocket health expenditures due to multifaceted tobacco consumption are yet to be fully captured by the researchers.

For example, currently the declared retail price of low-quality cigarettes (10 stick packets) is BDT 39, and a 57 percent ad valorem supplementary duty has been applied on this price in the current budget. For the coming fiscal year, the declared retail price is being proposed by the anti-tobacco campaigners to be raised to BDT 50. And on this increased price- a BDT 32.50 specific supplementary duty is also being proposed. This newly proposed amount of specific supplementary duty will be equivalent to 65 percent of the newly proposed declared retail price. Together, these raises in taxation may help curb tobacco consumption significantly. In other words, the campaigners are asking for going out of ‘the business as usual’ taxation strategy to make a dent on the level of tobacco consumption.

Anti-tobacco campaigners are proposing to raise declared retail prices and impose specific supplementary duties on those raised prices for other tobacco products (bidis, gul and zarda) as well. The core ideas working behind these proposals are- to decrease “affordability” of tobacco products especially for the users from low-income households and the young users and/or potential young users; and at the same time- increase revenue from the sales of tobacco products. Researchers have projected through simulation exercises that if these proposals are realised around 2 million users may be refrained from smoking or initiation of smoking habits. And about 0.8 million deaths (near and future) from tobacco use may also be prevented. Additionally, despite significant decrease in tobacco use- revenue from sales of tobacco products could, in fact, increase by BDT 34 billion. This means the nation will reap several benefits. Firstly- due to lesser use of tobacco use, expenditures for treatment of tobacco related diseases will be slashed down. Secondly- healthier citizens imply boosted productivity. Thirdly- increase in household savings as a result of not spending in tobacco, which could be invested in improving quality of life and/or building resilience to shocks (this is especially true for poorer households). And finally- the government will be getting more revenue, and this is more encouraging especially in the context of resources required for economic recovery from the pandemic and implementation of the government’s medium-term plan.

Of course, some counter arguments may also be floated against these proposals, which may not stand on strong merit, to say the least. For example, some may argue that Bangladesh is already imposing a very high ratio of supplementary duty on tobacco products. They must be reminded that despite this so-called high ratio of supplementary duty on tobacco products, the prices of cigarettes in Bangladesh are still among the lowest in the world. Some others often argue that if cigarettes become too expensive in the country, illicit trading of cigarettes may see a rise. This too is a baseless argument, as such rises are highly unlikely because cigarette prices in neighbouring countries will remain higher even if the new proposals were implemented. In addition, there is an ample scope of revisiting the corporate taxes on tobacco producing companies to give a signal that Bangladesh government does not welcome flourishing of tobacco industry at the cost of people’s health.

On the one hand, Bangladesh is celebrating fifty years of its independence and the birth centenary of its Father of the Nation Bangabandhu Sheikh Mujibur Rahman with the pride of being on the way to becoming a developing country. On the other hand, it faces numerous uncertainties because of the pandemic and many other twenty-first century challenges which are relatively new to our policymakers. In this context, possible health benefits from reducing tobacco consumption should be adequate to make bold and timely decisions regarding enhanced tobacco taxation. And the increased revenue generation should be considered a welcome bonus. We are sure that our lawmakers and the administrators are fully dedicated to translating the policy commitments of our Premier into action. If needed, the revenue officials who will be able to identify more units of production of tobacco products and mainstream them into the formal revenue stream should be incentivised with additional bonus from the fund being generated from one per cent surcharge on tobacco sales. This will be a win-win outcome. While the officials will be more proactive to get the new tobacco production units into the tax net, the stream of taxation from tobacco will also increase. Hence, we are urging them to make the right move regarding tobacco taxation in the coming fiscal year, because if we want to get rid of the curse of tobacco by 2040, the time is now to act.