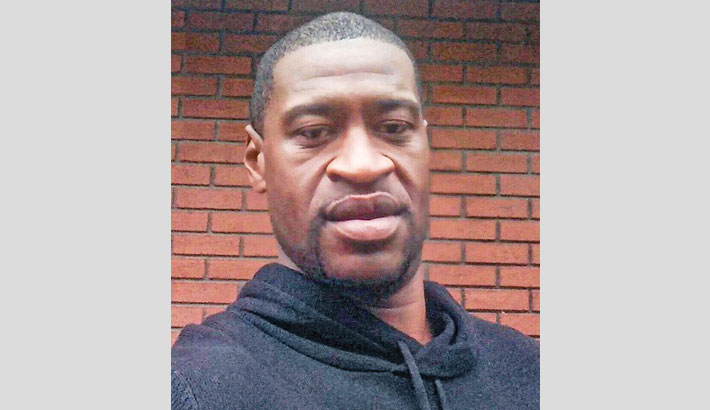 George Floyd died because of how police restrained him, a medical expert at the trial of ex-police officer Derek Chauvin in Minneapolis has said, reports BBC.

Chauvin, 45, was filmed kneeling on Floyd’s neck for more than nine minutes during his arrest last May. The ex-officer is on trial for murder and has denied the charges against him.

The footage of Chauvin, who is white, with his knee on African-American Floyd’s neck sparked global protests against racism.

Prosecutors are trying to prove Chauvin’s use of force resulted in Floyd’s death, while Chauvin’s defence are seeking to show he was following his training and that drugs and heart disease may have caused Floyd’s death.

He said Floyd’s death was due to his interaction with law enforcement, but said his drug use and underlying heart disease also played a role.

The official autopsy of George Floyd makes no mention of asphyxia, but Dr Thomas - a veteran forensic pathologist who has performed well over 5,000 autopsies in multiple US states - said she believed it was the primary manner by which he died.

“This is not a sudden cardiac death,” she said. “It’s a death where both the heart and lungs stopped working.”

She said Floyd was unable to get oxygen into his lungs with three police officers on top of him because he was handcuffed, in a prone position and had a knee on his neck.

“What that means is the activities of the law enforcement officers resulted in Mr Floyd’s death.”

She said she could confidently rule out other possible causes of death, including a drug overdose, a fatal heart attack and lung disease.

When asked if Floyd’s underlying health issues and ingestion of drugs might lead to a reasonable conclusion that he died of heart disease, Dr Thomas asserted it made no sense to ignore the reality of his “subdual, restraint and compression” by police.

Dr Baker echoed many of Dr Thomas’ findings, saying he died as a result of his encounter with police, not because of drug use or heart disease.

Dr Baker repeated his initial finding that Mr Floyd’s death was a “homicide”, adding that this was a medical classification - not a legal one.

When questioned by the defence, Dr Baker admitted the drugs found in Mr Floyd’s system and his underlying heart disease “played a role” in his death - though not the cause.

Defence attorney Eric Nelson asked several questions about Mr Floyd’s drug use, and the fentanyl levels in Mr Floyd’s blood at the time of his death.

“In other circumstances, it would be a fatal level”, but he clarified that it was “very context-dependent”.

The trial is in its second week and is expected to last for at least one month.

The defence is due to begin arguing its case in court next week.