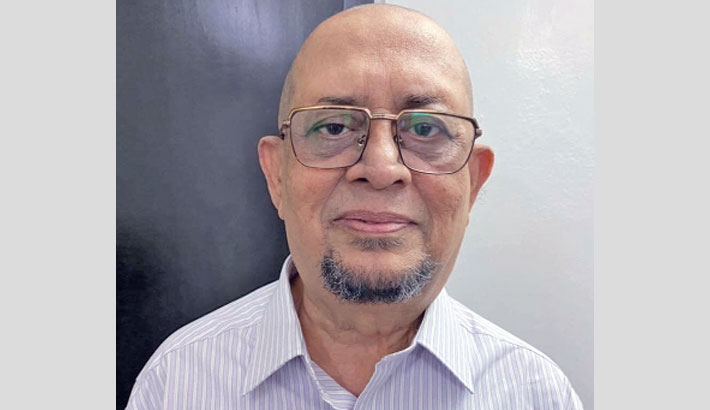 Hassan Shahriar, a veteran journalist and former president of Jatiya Press Club (JPC), passed away at a hospital in the capital on Saturday. He was 76.

He breathed his last around 11:45am while undergoing treatment at Impulse Hospital.

His first namaz-e-janaza was held on the JPC premises in the afternoon.

In a condolence message, Sheikh Hasina said the role of Hassan Shahriar in Bangladesh’s journalism will ever be remembered.

Both the President and Prime Minister prayed for salvation of the departed soul and expressed their deep sympathy to the bereaved family members. The senior journalist was admitted to the hospital around 1:30am on Friday with various symptoms of coronavirus, including fever, cough and breathing problem.

He underwent coronavirus test a week back but it came back negative.

Later, Hassan Shahriar was admitted to the hospital with 80 per cent of his lungs damaged and serious breathing problem, colleagues closed to him said.

Hassan Shahriar, a confirmed bachelor, retired from the Daily Ittefaq as its executive editor in 2008 after serving the vernacular daily for long.

He was the first editor of the Daily Sun and Chief Editor of Chattogram-based Daily People's View.

He was the first journalist from the Asia-Pacific to be elected as the president of Toronto-based Commonwealth Journalists Association in 2003. He was also the International President Emeritus of the CJA in 2012.

He was elected president of the Jatiya Press Club management committee for the 1993-94 tenure.

In a message of condolence, the minister said Hassan Shahriar’s dedicated contribution to journalism for a long time will ever be remembered.

Besides, the president and general secretary of Jatiya Press Club, and Dhaka Reporters’ Unity and Diplomatic Correspondents Association, Bangladesh expressed shock at the death of the veteran journalist.