BAFTA 2021: Priyanka, Grant, Hiddleston and others to present awards 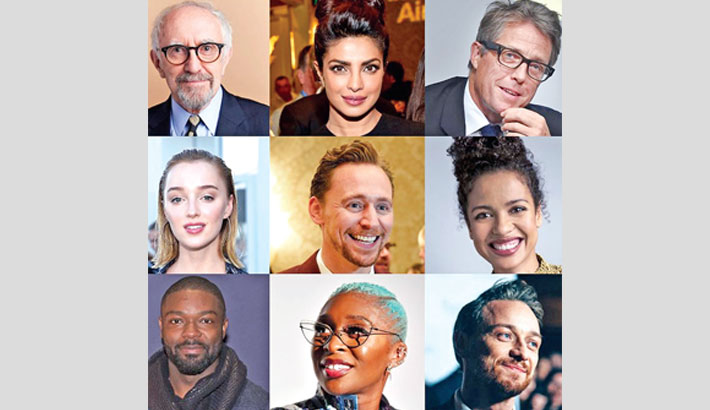 A collage of pictures of BAFTA presenters

The official Twitter handle of BAFTA revealed the names on Thursday. Along with a collage of pictures of the presenters, it tweeted, “We’re thrilled to announce that the presenters at the #EEBAFTAs will include @twhiddleston, @priyankachopra, @HackedOffHugh, @gugumbatharaw and so many more! Tune in to see them all THIS SUNDAY at 7PM on @BBCOne.”

Prince William, along with three-time BAFTA award-winning costume designer Jenny Beavan and makeup and hair designer Sharon Martin, will speak on filming in lockdown and the craft of filmmaking.

The EE British Academy Film Awards Weekend will take place on April 10-11 at the Royal Albert Hall, London. Leslie Odom Jr., who’s also been nominated for supporting actor, will perform on “Speak Now” from One Night in Miami.

This year, the nominees will join the show virtually alongside a virtual audience. A total of 17 awards will be announced, including the public-voted EE Rising Star Award. Ace filmmaker Ang Lee will also be honoured with the Fellowship.