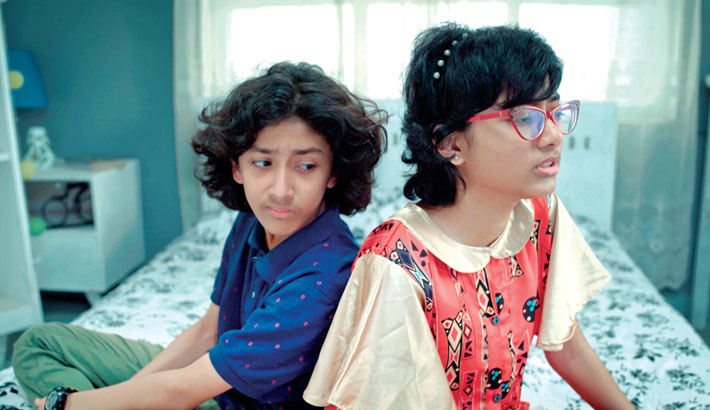 The 15th season of Duronto TV to start from tomorrow with four new programmes, four new cartoon series, and one foreign show.

On the other hand, the new cartoon series are ‘Kungfu Panda: Legends of Awesomeness’, ‘The Penguins of Madagascar’, ‘The Backyardigans’, ‘Nella the Princess Knight’ and a show of art and craft titled ‘The Art Room’.

The new season of popular game show ‘Maa-Baba E Shera’ will be aired from tomorrow on every Sunday to Thursday at 11am and 5:30pm. In this programme, the children have participated with their parents in various games along with question-answer sessions. The family game show is directed by Md. Tofail Sarkar and presented by Afrin Athoy.

The drama serial ‘Ultapulta: Baba Thake Bashay’ is about family bonding and love. Tauquir Ahmed, Bijori Barkatullah, Zinat Sanu Swagata, Nafisa Jarin Moumi, Rizwan Rohan, Nirjhar Bishal, and others have acted in the serial. Directed by Golam Muktadir and written by Aditi Majumder, the series will air from tomorrow at 2:30pm and 9:30pm every day. 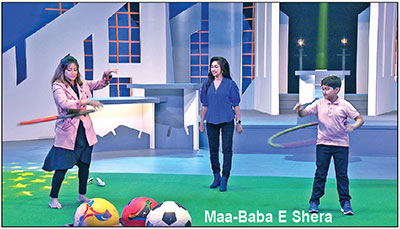 Another drama serial ‘Adbhuture Boighor’ is coming up with stories full of fun and mystery. The play stars Ashish Khandaker, Gazi Rakayet, Rocky Khan, SM Mohsin, Shamsun Nahar Shirin, and others. The serial is directed by Golam Sohrab Dodul and written by Shariful Hassan. ‘Adbhuture Boighor’ will be aired every day at 2:30pm and 9:30pm from June 10.

A special programme, based on the history of Bangladesh titled ‘Amar Sonar Bangla’, will be aired at 2pm and 9pm on every Friday and Saturday.