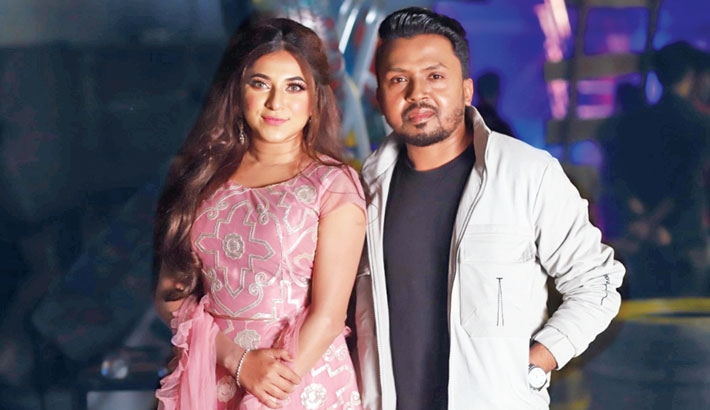 National Film Award-winning musician Belal Khan and Sania Sultana Liza are coming up with a new romantic duet titled ‘Pakhi’.  They have lent their voice together to an audio song after a four -year hiatus.

Penned by Musa K Mahmud, Belal Khan himself has composed the song while Din Islam Sharuk has arranged the music for the track.

Choreographed by Ruhul Amin, the music video of the song has been directed by Raz Biswas Sankar. Zaher Alvi, Mitu and a group of dancers have been featured in the video.

Belal Khan said, “I have sung this type of song after a long time. I have enjoyed the song a lot during its rendition. I hope the listeners will also enjoy it.”

Liza said, “This is a rhythmic dance song. The song is appropriate for festivals like Pahela Baishakh and Eid.”

Belal Khan started his career in the music industry as a composer through the film ‘Pagol Tor Jonno Re’ in 2011. He was awarded Bangladesh National Film Award as Best Music Composer in 2016 for the film ‘Nekabborer Mohaproyan’.

On the other hand, Liza was the winner of the Ntv’s musical reality show Close Up-1 in 2008. Her first solo album was released on 2012. She has sung in over 50 mixed album. Liza also did playback in over 50 films.