Golden Jubilee of Independence and Bangladesh in Regional Leadership 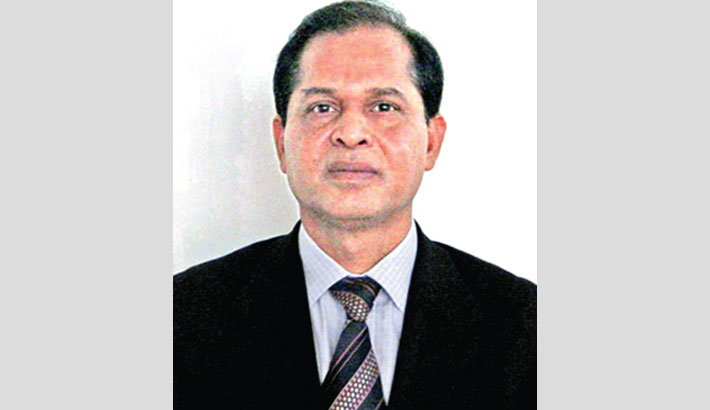 Influenced by the achievements of the regional organisations in other parts of the world, like the EEC, ASEAN, GCC, etc., particularly the development of political and economic relations between the countries of those regions, the South Asian leaders, after crossing numerous acclivity and declivity, reached to a consensus for establishment of a similar organisation in this region. After five years of discussions at various levels, the organisation, named the South Asian Association for Regional Cooperation (SAARC) came into being in 1985 with its first Summit held in Dhaka. Surrounding the SAARC, not only the leaders of the region but the people of each country had many dreams, their minds were full of new hopes and aspirations. We know that for some reasons, the organisation has not been able to fulfil the expectations as outlined. While experiencing this situation, some of the member countries, in order to make their development trends more dynamic and relevant, began to look for other equations of cooperation within the region of Asia. In this context, we see the involvement of a number of SAARC members with the efforts of BIMSTEC, BBIN, BCIM-EC, etc. In fact, these regional and sub-regional platforms are used in alliance for the overall development of each country in the region.

These platforms have not been organised by the SAARC members only, some of them are the mixture of SAARC and ASEAN members or neighbouring countries. It is noteworthy here that geographically Bangladesh is in a place with which there exists land communication of almost all countries of the region. Bangladesh is also in an advantageous position in terms of sea or river route communication. And that is why Bangladesh has become the hub of connectivity with all the states in the South Asia, South East Asia or East Asia regions. Bangladesh can provide the facilities of connectivity at the most desired way to all the neighbouring countries and peoples. On the other hand, Bangladesh is no less important on geopolitical consideration. It is needless to say that this situation enables Bangladesh to play an important role in the development of the region as well as in its own development.

The Presidents of Maldives and Nepal, and the Prime Ministers of Sri Lanka, Bhutan and India visited Bangladesh from 17 to 26 March 2021 to attend the celebrations marking the Golden Jubilee of Bangladesh's Independence and the birth centenary of the Father of the Nation Bangabandhu Sheikh Mujibur Rahman. The participating guests are all heads of state or government of SAARC member states. Although the heads of state or government of any country other than the SAARC members could not attend the event, Bangladesh was not deprived of their good wishes. However, the visits of the SAARC leaders to Bangladesh during this catastrophe of the Corona epidemic around the world have reflected the depth and strong bond of friendship that exists between us.

The visiting guests and heads of state and government, who sent greetings, wished the Golden Jubilee of Bangladesh's Independence and commemorated the memory of the Father of the Nation Bangabandhu Sheikh Mujibur Rahman, as well as highly praised the able leadership of Honourable Prime Minister Sheikh Hasina. Sheikh Hasina's strong commitment, relentless efforts, effective direction and dynamic leadership to bring Bangladesh to its present state of development do not require any elaboration. The world leaders have expressed their confidence on her leadership that would play a strong role in the development of not only Bangladesh but also the region. We know that she has already placed Bangladesh as a role model of development to other countries of the world.

Apart from attending the celebrations, the President and the Prime Minister of Bangladesh had fruitful discussions with the leader of each country on issues of mutual interest. Several memorandums of understanding and documents have been signed with Bangladesh in different fields of cooperation. In addition, there remain possibilities of signing more memorandums of understanding in the near future to enhance cooperation on a significant number of issues. The discussions between them provide a picture of the existing problems as well as new aspects of future cooperation. In addition to Bangladesh's bilateral relations with the five countries, these talks will certainly play an effective role in making regional and sub-regional cooperation more widened, strengthened and development-oriented. However, the objective of implementing everything should be in the light of the vision of 'we are all for everybody' and for the collective welfare and development.

While analysing the issues discussed and the documents signed at this time, we can see that Bangladesh has not given priority only to deepening and strengthening relations with each country individually in sectors like economic, trade, cultural, education, communication, etc., but also for the mutual benefit of its neighbouring countries. The country-to-country, people-to-people connectivity has been seen as the key to overall development. In the case of bilateral understanding, the protection of the interests of third countries has also been mentioned or taken care of. In other words, while Bangladesh spoke of the advantages and interests of Bhutan or Nepal during its negotiations with India, it has not forgotten to mention India's involvement or necessity in strengthening Bangladesh’s bilateral relations with Bhutan. Bangladesh has sincerely thought of uniting the relations of all the countries in the region, leaving no gaps. Bangladesh has at least been able to remind that there is no alternative to collective progress and development that will give the region a peaceful and strong economic environment.

As we know, besides India, China is also actively involved in these regional and sub-regional platforms. Apart from Bangladesh's bilateral relations with India and China, the relations in the regional and sub-regional spheres are recognised as excellent and friendly. Although it seems less problematic in those platforms as a member of the SAARC is not there, but the Myanmar-Bangladesh relations have been left in a dilemma on Rohingya issue. However, if India and China play a proper role in Rohingya repatriation, the foundation of the regional or sub-regional platforms would be protected from being trembled. The Rohingya issue is an international issue. However, there is ample opportunity to address this issue in the regional structure, so is there any fault in taking that opportunity? That is possible only if China and India wished it. I have mentioned this issue only to mean that the path of regional or sub-regional organisations does not come to a standstill for any such reason.

Coming to Bangladesh on the occasion of the Golden Jubilee of Independence and the Birth Centenary of the Father of the Nation Bangabandhu Sheikh Mujibur Rahman, the five SAARC leaders have not only strengthened the friendship of Bangladesh and its people with their countries and people, but also sowed the seeds of solidarity and indomitable inspiration among all people to transform this region into a region of development and peace. In order to make the seeds germinate properly, we need to nourish them and take good care of. Our leaders will take the responsibility of prudence, sacrifice and action plans, as and when required. However, we must also keep in mind that the role of the people for whom these things are intended counts a lot. People of one country have to think about the hardships or problems of their friends in another country and come forward to help them overcome those problems by extending their hands of cooperation. Even, if they have a little difficulty, they can bring a smile on their friends’ faces. We should remember it would be the best solution if everyone is good together, it would be possible to be happy together. And that is the philosophy of regional or sub-regional attachments or groupings.

Bangladesh has been working tirelessly with other members in various aspects of regional and sub-regional cooperation. Similarly, in bilateral cases, they are involved in various initiatives and activities with each other. In the case of bilateral or regional, I say, all steps are taken keeping mutual interests intact. One is not isolated from the other, but they are complementary to each other. All these platforms are organised to protect one's own interests as well as the interests of all. These organisations are created to move together by awakening individual’s sense of community for greater interest. And proper leadership, mutual trust and respect usually strengthen this bond. So, the role of each country in the groups is very important.

These visits of the five SAARC leaders and their discussions with Bangladesh leaders have showed Bangladesh a new ray of light. And that is the call to place Bangladesh in a more important way in the regional arena. However, in order to enable Bangladesh in giving effective leadership in these regional and sub-regional organisations, there are few things to think about. First comes the question of political leadership. Prime Minister Sheikh Hasina has already established herself in a recognised position in the international field. To the world leaders, she is one of the most dependable, acceptable and successful statesmen. The second requirement is a group of committed, skilled and talented people, who will provide overall support to the leadership. And the last is the diplomatic skills. Bangladesh needs to advance more in these two stages. We need to create a group of expertise and diplomats capable of strengthening the leadership. If one of these three is weak, desired results will never come. The possibility of Bangladesh's leadership in the regional or sub-regional platforms fully depends on the strength of these elements.