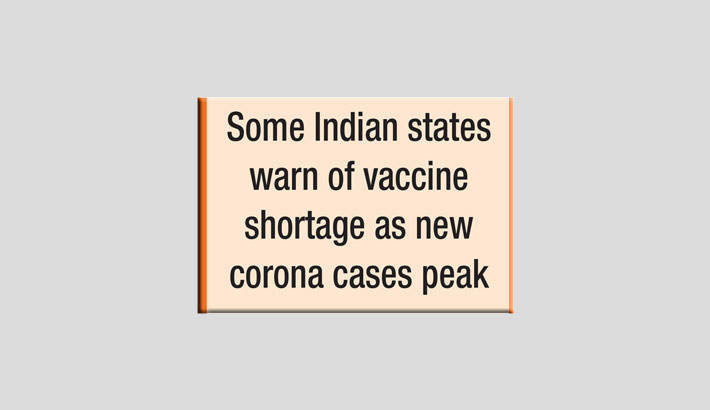 The government blames the resurgence mainly on crowding and a reluctance to wear masks as shops and offices reopened.

Maharashtra has urged the government to expand the vaccination campaign to younger people and to divert medical oxygen from other regions, Tope said. The federal health ministry says it has sent teams to Maharashtra and other badly affected states to understand their issues and concerns. Maharashtra, Delhi, Punjab and Karnataka states have in recent days imposed new restrictions to control the spread of infections, including night curfews.

The federal government has refused to impose any national lockdown. The previous one last year devastated the economy and left millions of people penniless.

The number of cases since the first recorded infection in India just over a year ago stands at 12.8 million, making it the third worst hit country after the United States and Brazil.

Daily infections have also passed last September’s peak. A multi-month low of 8,635 cases was hit in early February. “The pandemic isn’t over and there is no scope for complacency,” Indian Health Minister Harsh Vardhan said on Twitter, urging people to get vaccinated and behave appropriately. Many states have criticised the government as India, the world’s biggest vaccine maker, has restricted its immunisation drive to some 400 million of its 1.35 billion people.

It has so far administered 86 million doses, 90 percent of those the AstraZeneca shot made by the Serum Institute of India. The rest have come from Indian company Bharat Biotech which has developed a vaccine with a government research body.

Both vaccines require two doses. More than 75 million people in India have received at least one dose. Only the United States and China have administered more doses.

With the contagion accelerating, India is racing to increase immunity among its people. It has delayed exports of large quantities of vaccines, though 64.5 million does have already been shipped.

“We are supposed to be the pharmacy of the world, what kind of pharmacy is this that cannot provide vaccines to even a small portion of its people?” said a government official who declined to be named. “How long can you justify this situation to your people?”