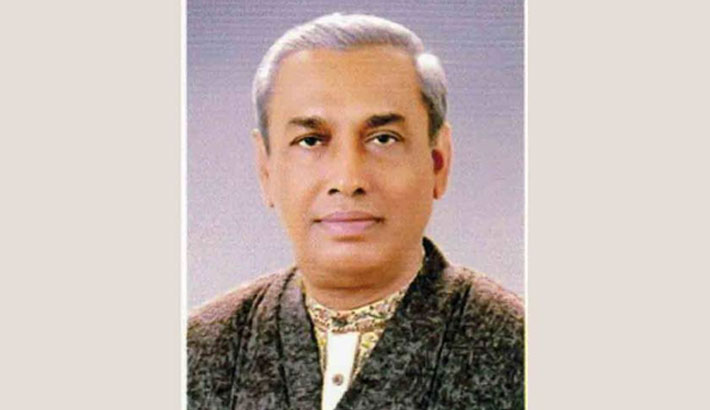 Eminent folk singer and valiant freedom fighter Indra Mohan Rajbongshi passed away at a hospital in the capital on Wednesday.

He breathed his last around 10:25am on the day while receiving treatment for Covid-19 at Bangabandhu Sheikh Mujib Medical University (BSMMU) in the capital.

Earlier, the Swadhin Bangla Betar Kendra artiste was admitted to two other hospitals with high blood pressure and respiratory complications. Later, he tested positive for coronavirus.

Thereafter, he was taken to BSMMU and kept in Intensive Care Unit (ICU) since Monday.

He was given a guard of honour before his last rituals at Rajarbagh Kali Mandir Mohashoshan,

a crematorium, on Wednesday afternoon.

The devoted folk music researcher and collector left his wife, a son, a daughter and a host relatives and well wishers to mourn his death.

The news of his demise cast a gloom over the cultural arena in the country.

In separate condolence messages, they said his contribution to developing the country’s folk music will be remembered forever.

They also prayed for eternal peace of the departed soul and conveyed deep sympathy to the bereaved family members.

Born in Dhaka in 1952, Rajbongshi began learning music from his grandfather Krishna Das Rajbongshi. Later, he was further groomed by his father Nobin Rajbongshi and Hafizur Rahman.

Five generations of his ancestral families were involved in writing lyrics and composing songs. Born and brought up in a musical family, Rajbongshi first took part in a kids’ radio programme in 1957.

He made his debut in playback singing in 1967 through performing in the film ‘Chena-Ochena’.

A number of his satirical and patriotic songs made him popular during the non-cooperation movement in pre-liberation Bangladesh.

In 1971, when he left home to join the Liberation War, he was caught in Narsingdi by Pakistan Army. In their captivity, he had to work as an interpreter for them.

Later, he had managed to flee to India and joined the Swadhin Bangla Betar Kendra where he sang songs, penned lyrics and composed music.

After the independence, Indra Mohan Rajbongshi worked for about 40 years in Government Music College in the capital. During this time, he had become head of folk music department in the college.

This versatile singer secured his place in the hearts of the listeners by lending his voice in Bhawaiya, Bhatiyali, Jari, Sari, Murshidi etc. rich forms of folk songs.

He founded Bangladesh Lok Sangeet Parishad in 1998 and played a crucial role in collecting and preserving folk music.

He had collected about one lakh songs written by around thousand folk bards of Bangladesh and released a series of albums after recording those.

He got the best singer award by the Bangladesh Cine-Journalist Association in 1976, the “Meril Jay Jay Din Award” in 1995, the Shilpacharya Zainul Abedin award in 2007, the World Master Certificate award in 2007, and the Ekushey Padak in 2018.