Around 6,000 agro machinery to be distributed this fiscal 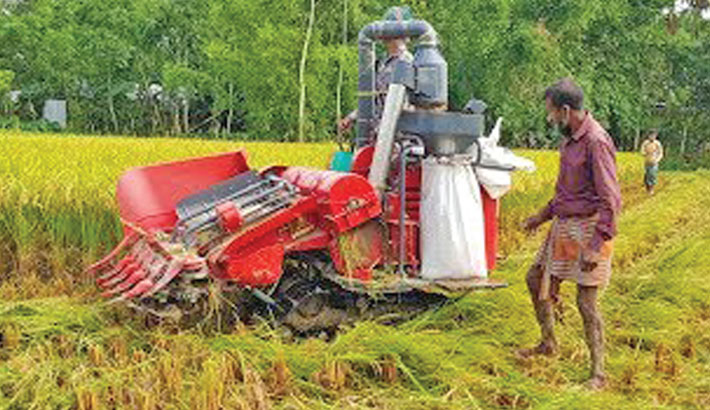 Government has launched distribution of agricultural equipment among farmers in Bangladesh under a farm mechanization project worth Tk 30.20 billion taken this fiscal year.

Agriculture Minister Dr. Abdur Razzaque was present at the inauguration of distribution of “combine harvester, reaper and various agricultural equipment” among farmers across the country. The event was held virtually from the conference room of the ministry on Tuesday.

He said the government had taken the initiative to reduce both cost and time in farming.

“The farmers still depend on manual methods for planting and harvesting, which increases the production cost and is also time-consuming. That’s why the government has been working to mechanize the sector since 2009,” the minister said.

“Agriculture in Bangladesh was based on traditional methods 10-15 years ago when the farmers had to do all the work manually. Now the process is being mechanized,” the minister added.

At least 52,000 agro machineries will be provided during the fiscal year 2020-21 under the farm mechanization project, said the ministry sources.

The government will distribute a total of 1,617 combined harvesters, 701 reapers, 184 rice trans-planter with 5,776 different agro machineries in 500 upazilas across the country during the fiscal under the project.

Already, 510 combined harvesters and 231 reapers have been distributed among farmers in haor areas for successful harvesting of paddy.

Md. Asadullah said it would have been possible to save Tk 52.71 billion if 4.8 million hectors of boro paddy could be harvested with machines.