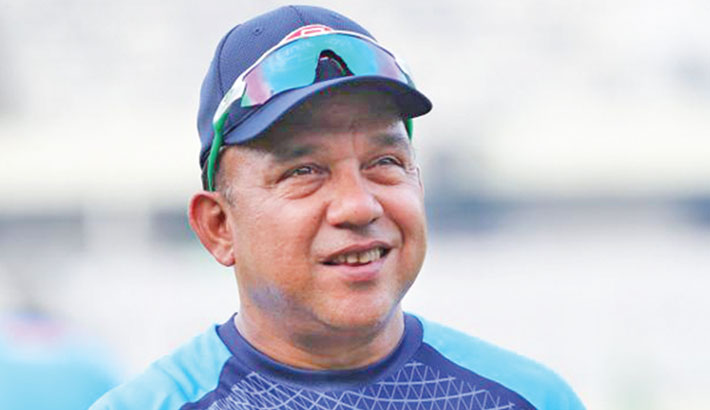 Bangladesh Cricket Board top-level directors on Tuesday had a meeting at the home of cricket on their upcoming tour of Sri Lanka.

BCB decided to send their game development chairman Khaled Mahmud to Sri Lanka as a team leader of Bangladesh national cricket team for the two-Test series.

Bangladesh are going through rough patches in the recent past as they lost all their last eight international matches and many believe in order to bring back harmony in the dressing room board opted for Mahmud, knowing his strength in this regard.

Bangladesh head coach Russell Domingo will have to come up with something special in order to impress the board as time is running out for him.

According to sources, the former South African head coach’s future is under scrutiny as he hardly managed to leave a mark with his mode of operation during his tenure so far.

Bangladesh could win only one Test that too against Zimbabwe at home while playing seven Tests under Domingo’s reign while in total Bangladesh won 13 games and lost 17 matches across format during his tenure.

“It’s just that the board has given me certain roles (team leader) and I have to fulfil them. I am excited to join the team again. I would like to see if I could contribute in any manner to the team,” Mahmud told reporters adding that he wants to see Domingo from the close quarter before making any official comment on him.

“I think we have taken him on the basis of being a good coach. I will get to know him better when I will have a close look at him from now,” he said.

“Performance will not depend on the coach. The coach can give you planning and can give training but the players will have to play well. Again, if players are playing well but the planning is not going well then it also won’t bear any fruit. Mahmud added that the players need to be mentally ready adding that if there is any conflict he will try to remove it.

“I think it's not just about cricket training, it's all about mental. Mentally if you are fit, if you can take mental pressure then you know the basics, you know how to play. So the guys have to be mentally prepared and the boys know where to go to play. Boys have played cricket in Sri Lanka before,” said Mahmud.

“I don't know what happened to team Bangladesh and since I'm going with the team now I will see what happens. I will try to clear any problems in Bangladesh team. My target will be to fight shoulder to shoulder and win by playing well,” he concluded.

Meanwhile, BCB insiders said that team management had already sent their Test team for approval from the board president.

Pacers – either Mukidul Islam or Shoriful Islam is likely to be the only uncapped cricketer in the 16-member squad.

The team management is also waiting for the medical report of Mahmudullah and if he is fit enough, there is a chance that he may make a comeback in the squad.