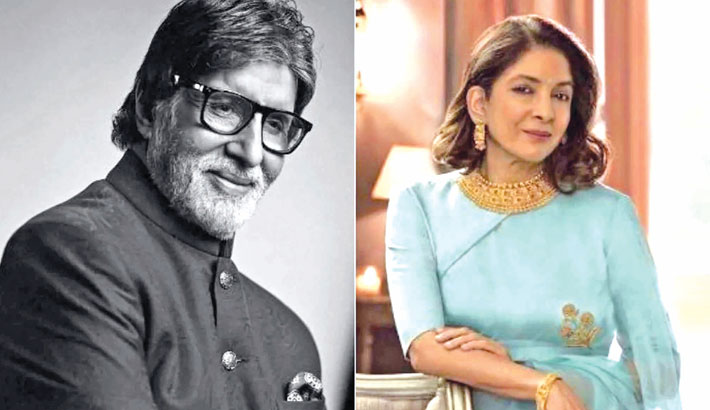 Backed by Balaji Telefilms and Reliance Entertainment, ‘Goodbye’ will be the first on-screen collaboration between Gupta and the 78-year-old screen icon. On joining Big B, the actress said it is a dream come true and she is excited to share screen space with him.

"When Vikas narrated the film to me, I was so happy. It is a wonderful script and one doesn’t think about anything else, when the script is this exciting. "Even the role is beautifully written and I am very excited to be sharing the screen space with Mr. Bachchan. It is a dream come true for me and I am quite ecstatic about it," Gupta, 61, said in a statement.

Some time back, Bachchan had showered praises for Neena Gupta in a hand-written note appreciating her performance in the 2018 film "Badhaai Ho". sharing his letter on Instagram, Neena, who essays the role of a 50-year-old expecting mother in the film, wrote, “Aapse ye patr aur pushp paake ankhen khushi se bhar aain. Thank you so much, Amitabh Bachchan sir."