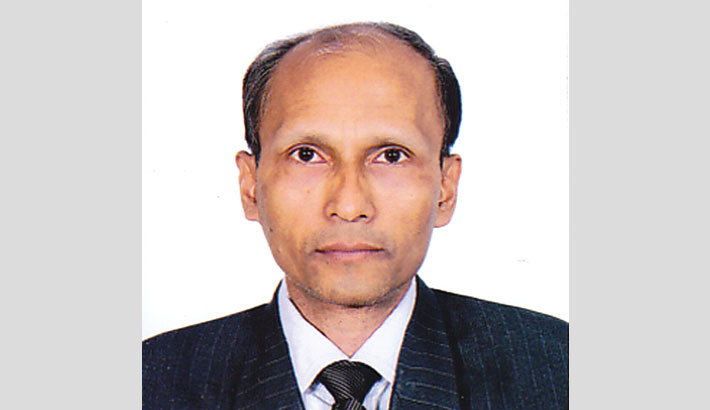 If schools reopen on 23rd May as per the latest declaration of the government, it carries the message that after 420 days schools are going to resume activities. It definitely shows a rare experience in the entire globe. The closure of educational institutions for a pretty long time proves probably the highest in the human history. However, none can be held responsible for that as humans are the helpless toys of the forces of nature. The government earlier made  a declaration of reopening schools on 30 March (2021) and universities on 24 May following a low infection rate (less than 3 percent) of Corona and the  availability of vaccine. Recently, the infection rate has seen a sharp rise that led the Directorate of Health to hold a meeting which signalled not to reopen the educational institutions as a preferable idea. The Ministry of Education also ventilates the similar idea. The Prime Minister on the occasion of Bangabandhu Sheikh Mujibur Rahman’s 101st birth anniversary and children’s Day said, “Children cannot go to school due to Corona that is a matter of sorrow. My darlings! I will tell you to continue your studies being at home and engage yourselves in games and sports and practice cultural activities. You are the future of the country and will steer the nation forward. I want you to study and form your lives beautifully. We will reopen schools only when the effect of Corona will decrease.”

This hints that the previous declaration of the state to open schools may see a change. But when that declaration comes is a matter of time as the nation is celebrating its Golden Jubilee of Independence and 101st birth anniversary of Bangabandhu, the Father of the Nation till 26 March which is being attended by several heads of states, foreign dignitaries. However, according to the previous declaration the educational institutions have prepared to reopen.

When Corona infection rate came down to 3 per cent, a declaration came from the government to reopen schools on 30 March 2021. However, the infection rate has increased and it has been detected the highest in the last three months that has put us into a confusing situation whether schools are going to reopen at the end of March. 30 March has already been declared as Shab-e-Barat holiday. The ministry has closely observed the whole situation. Before opening the institutions, teachers are supposed to be vaccinated but newspaper reports say almost half of the teachers have so far been out of vaccination. That is another weak point. National Consultative Committee to be consulted as the education minister has said. If the Corona positive case climbs, it will be reasonable to push back the opening date of schools as is opined by the head of medicine department, DMC. He said, “That the children have the resistance power more than the aged is true but they don’t show any symptoms sometimes even though they are affected. So, the aged members of the family may be affected by them. The infection rate when goes beyond 5 per cent, it is prohibited to open schools. But now it is three times greater than this rate. The DG of DSHE (Directorate of Secondary and Higher Education) has said, “All the children have to be brought under health rules. One decision has been made to open schools seeing the less severity of Corona infection, as it has started increasing now it depends on the  coming atmosphere and situation.”

DSHE has started collecting information regarding the opinion about opening of schools from the field level through its nine regional offices namely Dhaka, Khulna, Barishal, Sylhet, Chattogram, Rajshahi, Rangpur, Cumilla and Mymensingh. Two kinds of opinions have come out. However, most opinions stand in favour of opening schools and they say no problem will happen if schools are opened now. The situation in the urban areas looks different as most children use rickshaw and public bus to go to and come from schools that keeps potential scope to get infected and spread Corona among family members. If the rate of infection rises, whether the guardians send their children to school remains a big question. Guardian leaders invite all concerned to take decision to open schools keeping in mind the risk and security factor of the students, teachers, staff and guardians. One former director of Health Directorate says, “We need to have ample preparation before opening schools so that the risk of new cases does not occur. Schools can be opened once all the preventive measures have been taken appropriately.” The current Director General of Health Directorate says, “We will have to wait more to see what is waiting for us. If the current rate of climbing continues, situation may turn dangerous. “By this time one inter-ministerial meeting took place where the ministers of several ministries raised the issue of reopening schools but the Minister for Education did not agree to the proposal, as the newspaper reports say. The representatives of the ministry of home and police expressed their concern over the rise of crime rate that they attribute to the educational institutions’ closure. They also said that it was difficult for them to control the crimes of climbing rate. Child marriage also increased because of the closure of schools.

The Prime Minister’s statement regarding the opening of educational institutions really carries much importance. However, we need to consider that already 377 days’ closure has caused serious mental, physical, academic and psychological strain on the body and mind of our students and its social impact has started appearing in several negative forms. How can we plan to minimize this lacking along with serious learning gap already developed not only in students’ life but also teachers who have been away from the real teaching learning scenario?

Students have been given assignments to keep them busy and in city areas online classes run by individual teachers, institutions and coaching centres are going on though not in full swing. However, the worst sufferers are the students living in remote areas who have been truly deprived of these steps. Corona infection does not prove so severe in the remotest villages and in haor areas. Different measures may be applied in these areas and even a second thought may be given whether schools of these areas can be opened and classes can be conducted in a limited scale, otherwise the learning gap is widening further between urban and rural areas. We must not avoid the truth that students of the rural and hard-to-reach areas cannot cope with the existing measures taken by the state.