Global Climate Change: What We All Need to Do 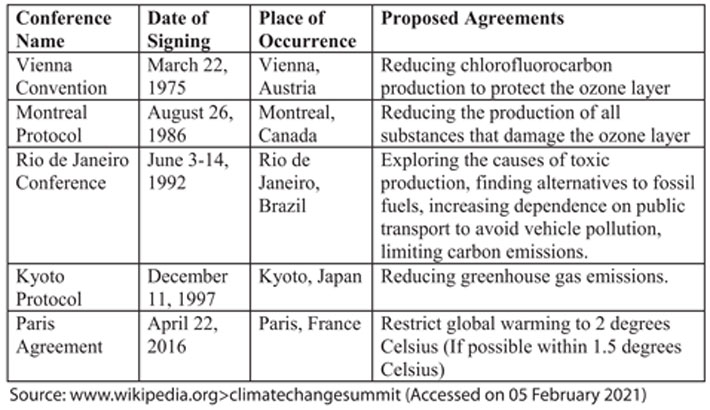 Climate change refers to the overall state of the climate in a particular region over a long time. This period can range from a few months to several hundred or thousands of years. However, climate change is usually measured with an average of 30 years of weather data. Detailed research on climate change is mainly considered by temperature, humidity, atmospheric pressure and rainfall. However, the method of measuring climate may vary by latitude, longitude, sea, ocean, coastal area, equatorial region, desert or polar region.

The climate allows meteorologists to get an idea of the periodic weather changes of a particular region and to make the necessary forecasts accordingly. Climate change has been a burning issue in the international arena for the past several years. For centuries, nature and the environment have begun to reciprocate the injustice and intolerance that people have inflicted on the natural environment. This has caused a stir all over the world. The tide of development of the world's superpowers is constantly striking at the environment. As a result, the people of the world are now observing this negative impact of climate change.

Due to the current corona pandemic, many important global issues are almost overlooked. We should also look at global climate change like the Covid-19 pandemic. To keep our planet liveable, it is very important to have well-balanced earth. A balanced diet and a balanced climate are essential for healthy growth. A study by NASA -Global Climate Change found that glacier depletion is one of the most sensitive indicators of climate change. As the climate heats up, the size and number of glaciers decrease in that climatic zone. We can say that along with modernisation and technological advancement, glacier depletion is also closely linked to adverse climate change.

The climate of a region does not change overnight but it is a long-term process. For a long time, the climate of a particular region has changed due to the lack of proper maintenance of the elements. The world is moving towards development day by day. Technology and discoveries are making the people of the world accustomed to a better life. Meanwhile, the world's population is constantly growing. There is no alternative to setting up new mills to meet the food, housing and all other needs of this growing population. As a result, forest lands are being destroyed and agricultural lands, habitats and huge mills and factories are being built. The cities and ports are being rebuilt around these mills and factories. In other words, the expansion of urbanisation is happening continuously. As a result, the use of fossil fuels, coal-fired power generation, polythene and poly-stick materials are on the rise. All of these are compounds of carbon, which on being exposed to nature produce harmful carbon dioxide gases. These pollute the environment and act as regulators of negative climate change. Carbon emissions are increasing at a geometric rate as the population grows.

The changes observed in the climate of different parts of the world are not pleasant at all. As the results of climate change are unfolding day by day, global concern is also growing. Among the problems arising from climate change, global warming is the first to be mentioned. Huge amounts of carbon monoxide and dioxide are emitted from factories and vehicles. These are breaking down the Ozone Layer, which is very important for our atmosphere. The harmful ultraviolet rays of the sun easily penetrate the earth and increase the internal temperature of the earth. Scientists estimate that the earth's surface temperature will rise by an average of about 1.3 degrees Celsius (1.3°C) by 2030 and an average of about 2.8 degrees Celsius (2.8 C) by 2060. As a result, the North and South Pole ice is constantly melting, which is a concern for all countries, including Bangladesh. The sea level is expected to rise to three feet in the next 50 years due to ice melting. A large part of the land of many countries in South Asia could become submerged. Another obvious problem posed by climate change is the abnormally high rate of natural disasters. The earth is being shaken again and again by earthquakes. The volcanoes are reactivating and starting to erupt lava. The courses of rivers are changing abruptly. Climate change is disrupting the normal features of the seasons. Due to this, the amount of seasonal rainfall has increased to a large extent. The problem of floods and water-logging is increasing day by day.

Climate change has been the talk of the world for many years. All concerned organisations must become aware to mitigate the dire consequences of climate change. The initiatives taken on climate change are noteworthy. Let's have a look at some of the international conferences and the proposed agreements:

The significance of the agreements signed in 1986 on the protection of the “Ozone Layer’’ has not benefited the people of the world till date. From the eighties to the present, the amount of damage to the ozone layer has only increased. It is worth noting that though the 1992 Earth Summit or the 1997 Kyoto Protocol agreements focused on protecting the ozone layer, no effective action has been taken. The Conference of the Parties (COP) session on climate change began in 1995 and continues till date. There is no alternative to carbon emissions to meet the basic needs of the growing population. The concept of Low Carbon Development (LCD) proposed at the “1992 Rio de Janeiro session’’ was set as a guideline for the Sustainable Development Goals (SDGs) in 2015. Low Carbon Development (LCD) means carbon emissions will continue to assist the development, but it will be at a moderate rate. In the Paris Agreement of 2016, it was decided to limit the level of global warming to 1.5 Degrees Celsius by 2030 and three Degrees Celsius by 2070. There is no other way but to achieve this goal through reducing carbon emissions and mitigating the carbon in the atmosphere. For this, it is required to increase the use of renewable energy and all-out afforestation.

In the case of Bangladesh, the impending consequences of climate change might have adverse effects. According to the report of the Asian Development Bank, the sea level is rising by 21 millimetres every year due to the melting of ice. According to the United Nations, if the sea level rises by three feet in the next 50 years, about 16 per cent of Bangladesh's land will be submerged and about 13 per cent of agricultural land will be damaged. The sea level is expected to rise to one meter by 2100, which could submerge 16.3 per cent of Bangladesh's land area. This is a matter of special concern for our country. It is imperative to take immediate steps to control the damage caused by this disaster.

The Honourable Prime Minister of Bangladesh, Sheikh Hasina delivered a recorded speech at the Thimpu Ambition Summit (9 December 2020) on the occasion of the fifth anniversary of the Paris Agreement. She emphasised the importance of building a strong global climate forum to protect future generations and the planet from the adverse effects of climate change. She also emphasised the role of a strong global climate alliance in achieving carbon balance by reducing global carbon emissions. She called on various international organisations to come forward to finance climate change issues. She also called for international attention to be paid to the relocation and protection of displaced people. In her address, Prime Minister Sheikh Hasina said that the current efforts to meet the targets set for climate change control were inadequate and needed to limit greenhouse gas emissions. Finally, she said that Bangladesh is not responsible for the current climate change and its effects on the world. Bangladesh is one of the most vulnerable countries due to its specific geographical features and locations. Bangladesh has adopted a plan to do everything possible to address the issue of carbon emissions and has already made significant progress in this regard.

Climate change is a global problem, and all countries around the world need to play an adequate role in tackling this problem. As an alternative to thermal power generation, the use of renewable energy, solar energy and nuclear energy should be increased as the rate of environmental pollution through these are negligible. Overpopulation has led to an increased need for food, clothing and shelter. It is very important to control the growth of the population. We need to protect forests and plant more trees to control carbon emissions. Above all, the people of the world should learn from the adverse effects of climate change. Only then, we can offer a healthy and liveable world for the next generation.