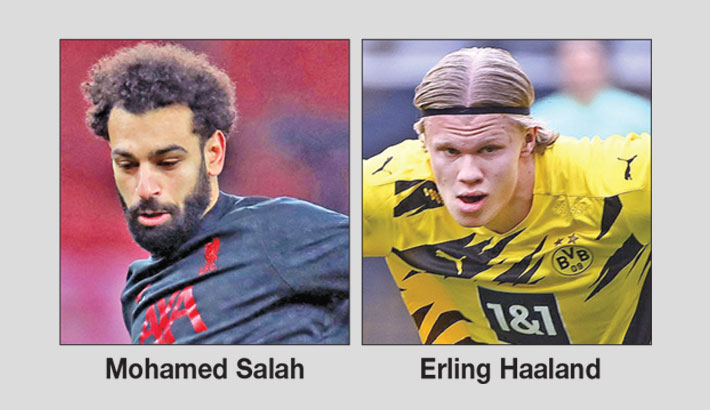 Mohamed Salah can silence the critics who question his loyalty to Liverpool by avenging the most painful moment of his career when the Egypt star faces Real Madrid in the Champions League quarter-finals on Tuesday, reports AFP.

Salah sparked howls of indignation among Liverpool fans recently when he refused to rule out the possibility of playing for a Spanish club in the future.

But for a club whose supporters pride themselves on their passionate and unflinching loyalty to the Liverpool cause, Salah's refusal to rule out a switch to Spain was a careless own goal.

It tapped into the long-standing suspicion among a section of Liverpool's fanbase that Salah, whose contract runs until 2023, is motivated by personal glory rather than team success.

Real captain Ramos is expected to miss both legs of the quarter-final with a calf injury.

Ramos's absence is a major boost for Liverpool as they seek to salvage a miserable season by winning a seventh European Cup.

If Salah can play a leading role in making that dream come true, his commitment might not be questioned quite so often.

Meanwhile, Sergio Aguero's potential successor at the Etihad next season, Erling Braut Haaland, will pose the biggest threat if Pep Guardiola's men are to stumble at the quarter-final stage once more against Borussia Dortmund.

City have failed to get beyond the last eight in Guardiola's previous four seasons since taking charge in Manchester, but have won 26 of their last 27 games in all competitions to keep hopes of a historic quadruple alive.

Aguero is by a distance the club's all-time leading scorer with 257 goals, including the most important in City's history to snatch the Premier League title from Manchester United in 2011/2012.

However, in his 10th and final season, the 32-year-old has been reduced to a peripheral figure.

By contrast, Haaland's record of 49 goals in 50 games for Dortmund has shot him to the top of City's wish list to replace Aguero.

Signed for just 20 million euros ($24 million) in January 2020, Dortmund are reportedly asking for 180 million euros for their prized asset this summer, with Europe's biggest clubs lining up to do battle for Haaland's signature.

Guardiola claimed City may not be able to afford a replacement for Aguero due to the economic impact of the coronavirus pandemic.

But backed by Abu Dhabi state wealth, the reality is City have far greater resources to spend this summer than the heavily indebted Spanish giants.