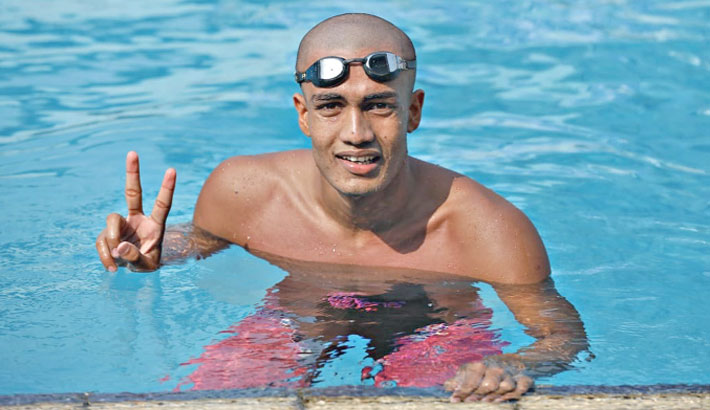 National swimmers made four new national records in their respective events of the swimming discipline at the city’s Syed Nazrul Islam National Swimming Complex on Monday.

Army swimmer Kajol Mia clinched the gold medal in the men’s 200m butterfly with a new record of 2:10.92 min. The Army swimmer broke another Army swimmer Juwel Ahmed’s previous national record in 2019 while the latter broke his own timing to set for a silver medal during the event.

Juwel clinched gold in the men’s 50m backstroke with a new record of 27.97 sec. The Army swimmer broke his previous national record of 28.12 sec that was made in 2019. 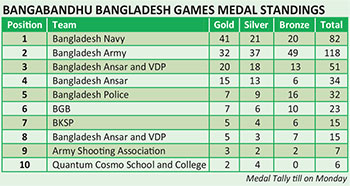 Meanwhile, Army cyclists booked five new national records in the men’s and women’s individual and team events on the fourth and final day of cycling discipline at the Army Stadium.

Suborna Barma clinched gold in the women's individual 4000m scratch race with a new record of 7:3.58 min. Suborna broke Samapti Biswash’s 8:53 min record that was made in 2018. 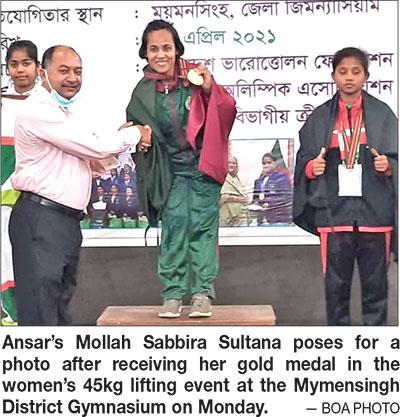 In wrestling, Mostain Billah from Ansar and Smrity Akter from Army made two national records in the men’s 61kg and the women’s 49kg events respectively at the Mymensingh District Gymnasium. 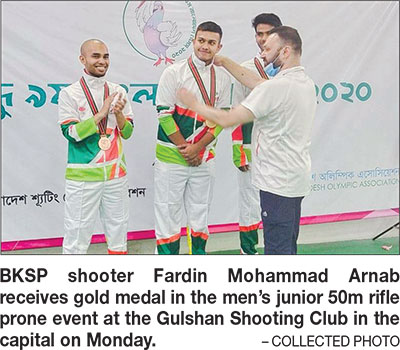 The country’s premier archer Ruman Shana from Ansar made an early exit from the men’s recurve single after conceding a 1-7 setpoints defeat to Md Juel Khan from Dhaka Army Archery Club in the round of eight.

Meanwhile, Ansar earned all 12 medals in 12 events on the opening day of roller skating discipline at the city’s Sheikh Russel Roller Skating Complex.

Besides, the Ansar men’s team and women’s team earned gold medals in the men’s and the women’s 5000m relay respectively.

Earlier on Sunday in women’s football, Magura earned the gold medal beating Brahmanbaria by 3-2 goals in the tiebreaker at the Bangabandhu National Stadium. Rajshahi secured the bronze medal beating Ansar by 8-1 goals at the same venue.