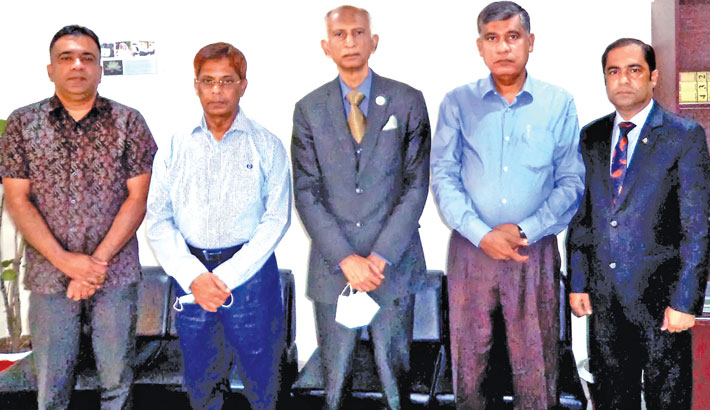 A meeting of the Central Executive Committee of Bangabandhu Lalitkola Academy was held at the temporary office of the Academy at Fakirerpul in the capital recently.

President of the Academy and former IGP AKM Shahidul Hoque presided over the meeting.

At the beginning of the meeting, one minute-silence was observed to pay deep homage to the martyrs of Liberation War and Father of the Nation Bangabandhu Sheikh Mujibur Rahman.

Former VC of Dhaka University, President of BSS, Chairman of the Board of Directors of National Museum and Advisor of Bangabandhu Lalitkola Academy Prof. Dr. AAMS Arefin Siddique attended the meeting as the chief guest.

Among others, General Secretary of the academy Zahid Hossain, Vice President SM Monirul Islam (Moni) and Joint Secretary Mejba Uddin Ahmed were present on the occasion.