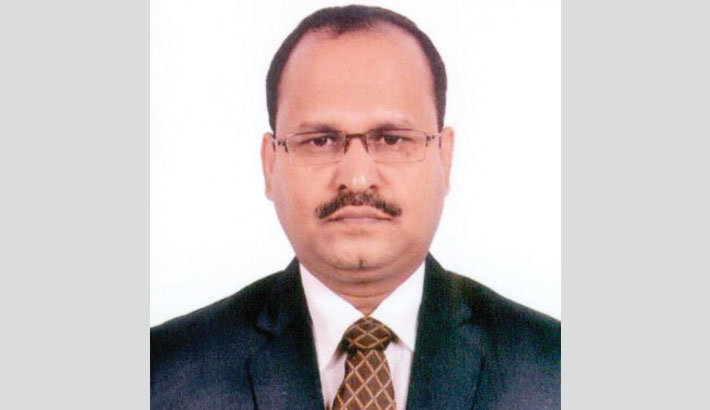 The happenings all around constantly remind us of the blatant fact that we are living in a society which is dominated by vested interests and intolerance. Though many people provide lip service to the notion of righteousness, the reality is becoming increasingly ruthless thanks to a burgeoning sense of indignation for others. Most are happy as long as they are safe and their interests are safe and served. Others’ pains and sufferings hardly make them feel in most cases. Selfishness seems to have become the order of the day.

Thus, rich people are becoming richer and poor are becoming poorer in a significant number. Nothing - upbringing, ideology and religion- seems to be turning people humane in its true sense. Instead of making people sober and sane, some ideologies are turning the society into a den of exploitation, subjugation and deprivation. Many are becoming rich economically. At the same time, many are becoming destitute ethically due to lack of consistency between words and actions. For many, even religions have become matters of mere rituals.

Instead of being imbued with the teachings of religions, many, irrespective of religious affiliations, are becoming communally sensitised. Religions are supposed to make the people pious and magnanimous. There should not be grudge against any religion. Rather, there ought to be respect for every religion and special respect for religious and pious people. In fact, such people are expected to be vanguards of truth, justice, equality and others well-being.

Devout and religious people cannot do harm to others. They remain particularly alert to make it sure that people of their and other faiths are not harmed by their words and actions. The people who do not have faith in religion have a tendency to blame religions for many ills and hatred in the society. For them, religion is like opium. At times, it seems that they do not lie altogether. In fact, when people get engaged in tormenting others in the name of religion, the theories of nonbelievers seem pretty factual. 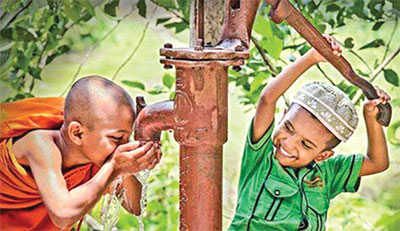 Though religions enjoin the believers to be soft and kind, many inhumane activities are going on in some parts of the world in the name and cover of religion. As against such scenarios, people in many atheist societies are better off. The preceding discussion, thus, presents an unfathomable conundrum. In fact, the relevant issues are so sensitive and there is no alternative to being circumspect. As intolerance has grown dominant in our ambience, expression of anything iconoclastic might well be misconstrued.

Thus, simple things are no more simple in this society having plenty of self-centred and egoistic people. In a society, there will be people of various faiths and beliefs.This diversity is the strength and beauty of any society. People of all faiths will live side by side in a congenial atmosphere. There will be simultaneous and peaceful coexistence of mosques, temples, pagodas and sacred places of other beliefs. Why should there be any sense of animosity against each other?

People will practice their own rituals without any hesitation or fear. Why should there be fear on the part of any community? Who creates the fears? Do religions turn people intolerant or vested quarters tarnish religions for their personal or political gains? Though there is a tendency to blame mainly the religious teachers or clerics for cultivating hatred in the society, the South Asian experience exhibits that even the politicians have used religions for their political and parochial interests.

The rich and powerful politicians have used religions the way they have liked and some have incessantly bred antipathy against people of other faiths. South Asia is one of the backward regions in the world. Though it has a rich background, political, communal and social divides are sharpening in South Asia. This is very unfortunate and alarming for the future of the region. Poverty is still a big curse here. Creating divides on religious and political grounds are only some hackneyed and crooked ploys to exploit simplicities of people.

To be candid, leaders, here, should focus more on betterment of people’s living and lifestyle, rather than on fulfilment of their vested interests. In addition to poverty, hunger, ignorance and diseases haunt millions in the region. Instead of showing jingoism, a common ground should be explored as to how the region can proceed further and make lives of millions hale and healthy. Tyranny in the name of chauvinism is bound to end someday. However, scars of oppression will not be erased from the battered minds.

Religion is for purification of souls. The power mongers should thus stop using it as a tool to exploit and harass. The earlier they understand it, the better will it be for the region. People take recourse to religion for the sake of corporal and mental peace. In this world of restlessness and stress, people seek blessings from the almighty by bowing their heads and raising their hands towards the lord of the universe. Their anxieties and inadequacies get lessened through prayers and humble submissions.

An intimate connectivity is created with the lord through various religious rituals and meditations and the almighty does not disappoint the ones who seek peace and prosperity earnestly. Thus, all, irrespective of religious affiliations, need to be on the lookout for peace rather than power. Power may be a thing to cherish and relish. However, it is hardly enduring. It is not at all permanent. However, doing good to others is a thing that remains alive for ever.

The people who have served humanity and helped people of all faiths have been honoured from time immemorial. Human is mortal. All of us will have to leave the world today or tomorrow. If we torment others today, there is all likelihood that our posterity may face same treatment in future. We must not forget that death is the best and ultimate leveler. Thus, we should make it sure that we do not exit the world with the curse of others on our shoulders.

The writer is a Professor, Department of Public Administration and Chancellor’s Nominee Syndicate Member, University of Chittagong. E-mail: