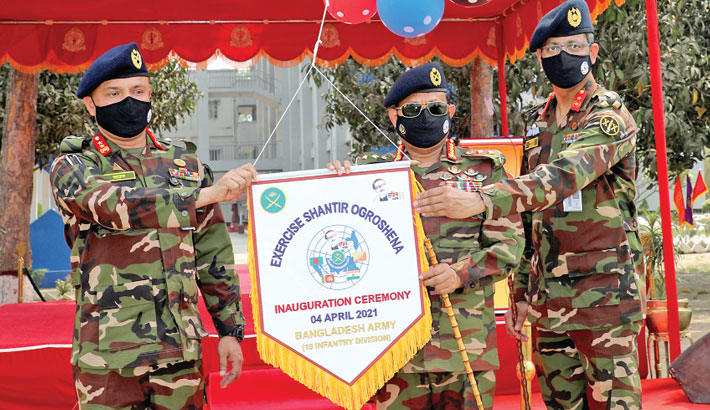 A nine-day international military exercise ‘Shantir Ogroshena’ was inaugurated in Bangabandhu Cantonment in Tangail on Sunday.

This was organised to mark the birth centenary of Father of the Nation Bangabandhu Sheikh Mujibur Rahman and the golden jubilee of the Bangladesh independence.

Representatives from 11 countries are participating in the multinational military exercise. A total of 123 Army personnel including 30 from Bangladesh, 30 from India, 30 from Sri Lanka and 33 from Bhutan participated in the training. A total of 19 observers from USA, France, Nepal, Turkey, Saudi Arabia, India, Sri Lanka and Bhutan also participated.