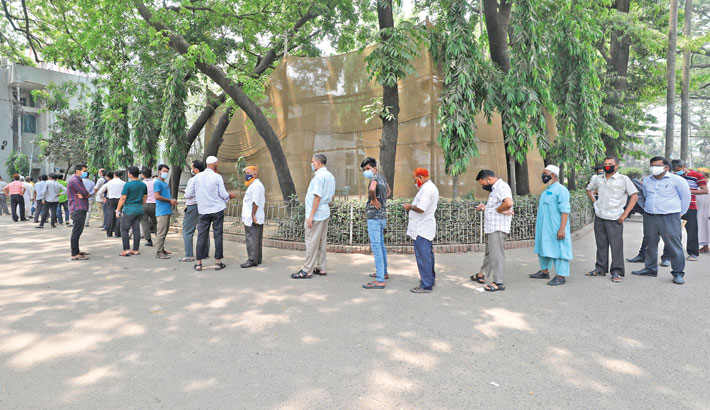 Customers are seen in long queue to meet banking needs at Agrani Bank, Jatiya Press Club Branch on Sunday as banks will operate in a limited scale from 10.00 am to 12.30 pm for customers and from 2.00 pm for internal office work during the weeklong lockdown starting from Monday. sun photo 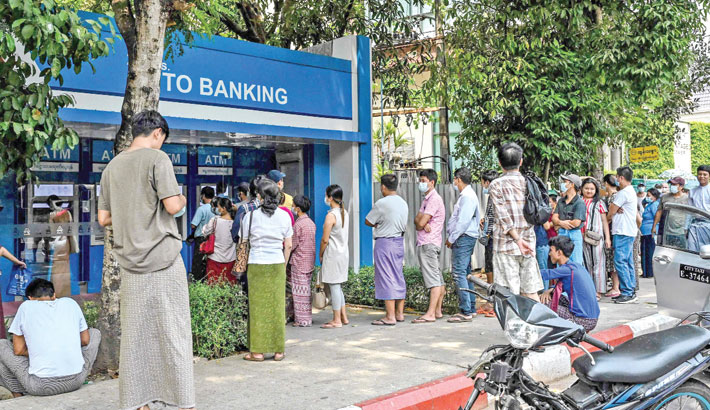 People line up to use a bank ATM in Yangon recently. Tens of thousands of Myanmar workers have stopped work over the past two months in protest at the military coup, economically paralysing what was already one of the poorest countries in Asia. 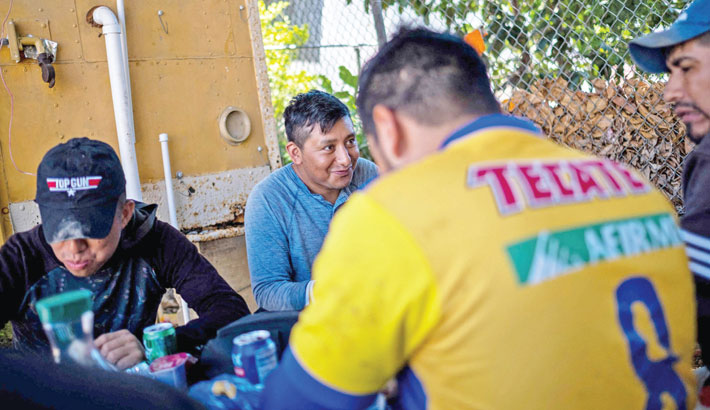 A group of Mexican farmers from Chiapas gather at an outdoor lunchroom for lunch break in a plantation in Guanica, Puerto Rico recently. With crops in danger of being lost for lack of labour, some farmers are importing Mexican workers to Puerto Rico, a US territory hit by several crises and where pandemic aid is more profitable than working the fields. At Finca González, in the municipality of Guánica in the southwest of this Caribbean island, one group of Mexicans laborers work in a packing house, while others wash bananas and others tie tomato plants to stakes. 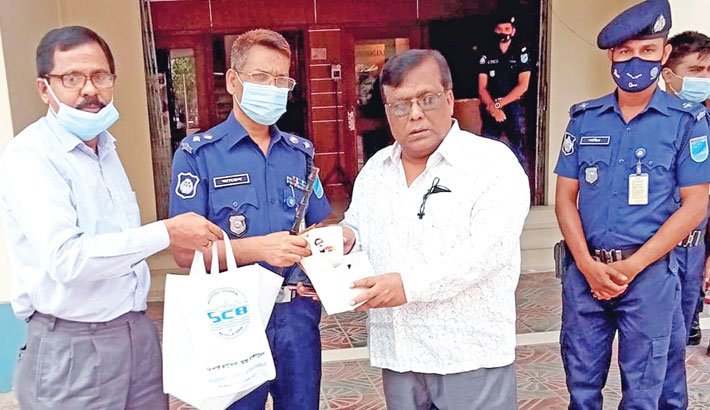 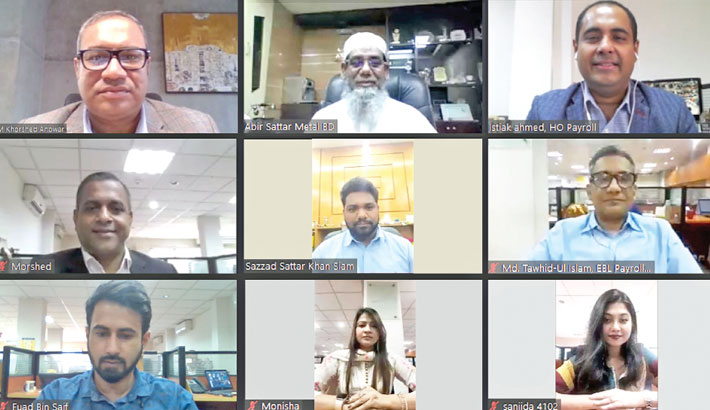 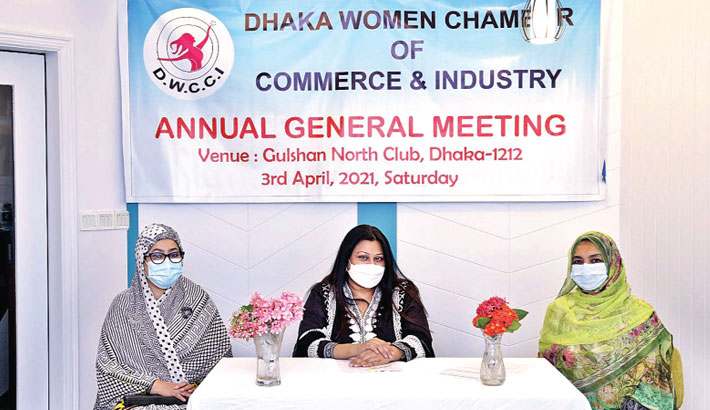 Dhaka Women Chamber of Commerce & Industry (DWCCI) President Aneeka Agha
presides over an annual general meeting of the organisation at Gulshan North Club in the capital on Saturday.