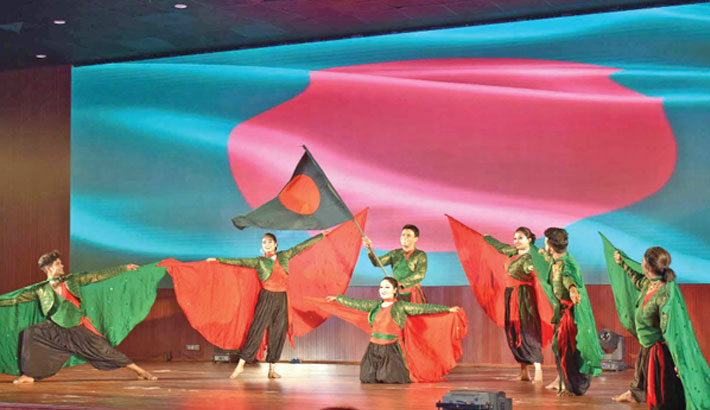 The cultural programme was held at the Sushma Swaraj Bhavan auditorium in New Delhi in the evening.

The High Commissioner said in the last 50 years, Bangladesh-India relations have always shown utmost sincerity of the question of friendship.

“Our two countries have historical and cultural ties. The people of Bangladesh are forever indebted to the government of India as well as of the people of the country for their role in the great freedom fight,” he said.

The envoy said on the golden jubilee of independence, Bangladesh has been graduated to the list of developing countries under the visionary leadership of our Prime Minister Sheikh Hasina.

Now a days the development of Bangladesh is appreciated all over the world, he added.

He also lauded the sincere roll of the people of two countries in strengthening the India-Bangladesh Friendship.

The cultural programme was on the theme of the great independence of Bangladesh, the culture and the beautiful nature of Bangladesh and heroic struggle of Father of the Nation Bangabandhu Sheikh Mujibur Rahman by Shristi Cultural organisation.