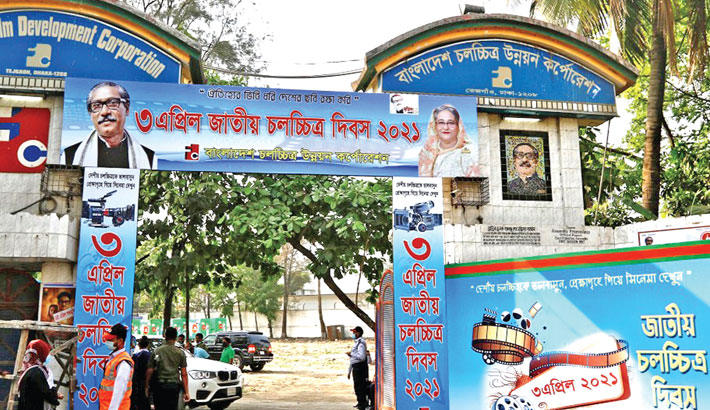 The National Film Day was observed on Saturday. The day was celebrated on limited scale due to the rise in COVID-19 infection rate.

As a part of the celebration, BFDC organised a daylong programme. The programme was opened with paying homage to the portrait of Father of the Nation Bangabandhu Sheikh Mujibur Rahman with flowers on BFDC premises by the officers and staff, led by BFDC Managing Director Nuzhat Yasmin.

BFDC also arranged movie screenings on its premises in the afternoon. However, the screenings was open to the members of BFDC as the authorities ought to avoid crowds and maintain proper social distancing and hygiene on the BFDC premises.

On this day in 1957, Father of the Nation Bangabandhu Sheikh Mujibur Rahman proposed to form the Film Development Corporation of the then East Pakistan Provincial Council. April 3 was declared National Film Day to commemorate the day and to reflect on those involved in the film.