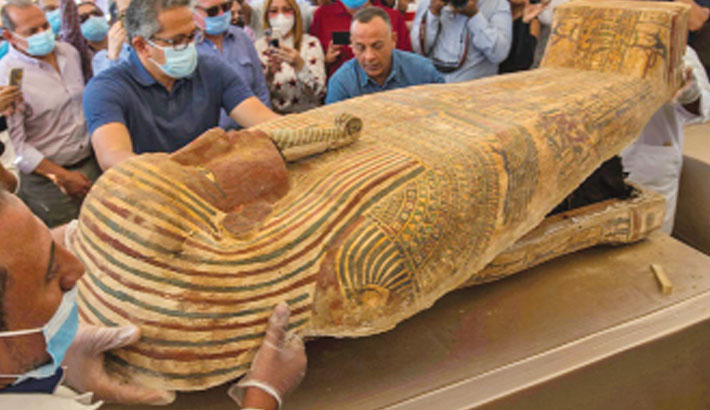 For the people of Cairo this was a once in a lifetime experience.

Just before sunset on Saturday, this remarkable display - dubbed the Pharaohs’ Golden Parade by locals – saw the mummies moved four miles across Cairo from the Egyptian Museum to the new National Museum of Egyptian Civilisation. The new complex was completed in 2010, but the opening was delayed by the Arab Spring revolution and subsequent turmoil in the region.

which lasted just under an hour.

The mummies were discovered near Luxor in the late Victorian period, and have been kept in the Egyptian Museum ever since.

UNESCO Director-General Audrey Azoulay said the mummies’ re-housing marks the end of much work to improve their conservation and exhibition.

“This raises emotions that go much further than the mere relocation of a collection—we will see the history of Egyptian civilisation unfold before our eyes,” she added.

Tourism officials are hoping that the new museum will help boost tourism – which has been seriously affected by the coronavirus.