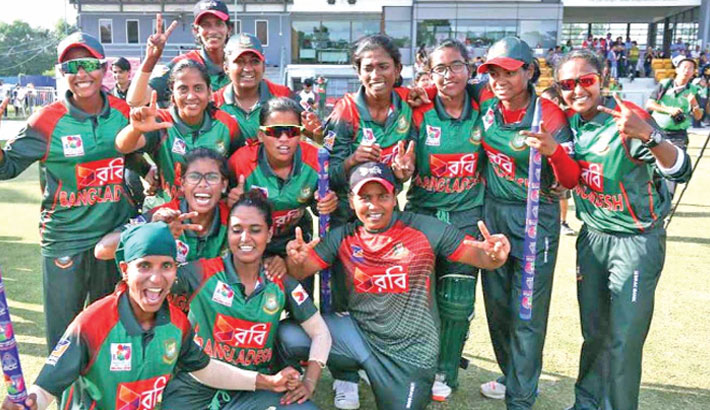 Bangladesh national women’s team is all set to get the ICC Test status after the cricket’s apex governing body took a decision of awarding Test and ODI status to all of their full member women’s teams permanently.

Along with Bangladesh, Afghanistan and Zimbabwe women’s team will also receive the ICC Test status as all three are full members of the International Cricket Council. Currently, 12 nations have full membership of the ICC.

However, Sri Lanka, Ireland and Netherlands have played only one Test each since they got the ICC Test status in 1998, 2000 and 2007 respectively.

“If we start the process of playing Test status, the match that we will play will get the Test status. We are yet to get the full guideline from the ICC. But they have decided it in general,” Bangladesh Cricket Board Chief Executive Officer Nizamuddin Chowdhury told The Daily Sun on Friday.

“ICC took a decision of awarding Test and ODI status to all their full members during their recent board meeting. We obtained the ODI status earlier. In women’s cricket, the ODI status lasts for four years and then it is reassessed after four years.

“What we understand is that we will play ODIs permanently from now on and the matches we will play will automatically get ODI status,” he added.

Bangladesh national women’s team, which was formed in 2007, earlier got ICC ODI status in 2011 after finishing fifth in the 2011 Women's Cricket World Cup Qualifier in Bangladesh.

“We are very delighted to get recognized as a Test team. I hope it will help us reach a new height in future,” said veteran cricketer Salma Khatun.

National cricketer Rumana Ahmed said such recognition has completed them as a unit.

“Of course, this is very good news for us. Our women’s team became complete with such recognition. We are very happy to think of us as Test cricketers. We want to take our cricket to a higher stage from now on,” Rumana said.

The International Cricket Council Board and Committee meetings concluded on Thursday following a series of virtual conference calls.

The Board also agreed to postpone the inaugural ICC Women’s U19 Cricket World Cup 2021 which was due to be held in Bangladesh at the end of the year. The inaugural event will now take place in January 2023.