‘Shaan’ to be released on Eid, teaser out today 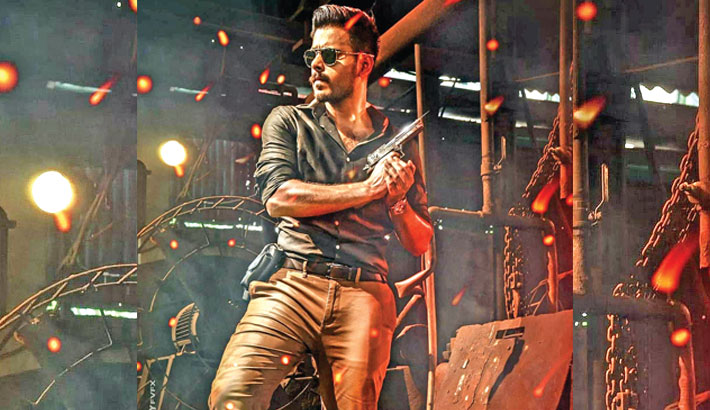 Audience-admired pair Siam Ahmed and Puja Cherry Roy-starrer movie ‘Shaan’ will be released on upcoming Eid-ul-Fitr in the country’s cinema halls. The teaser of the movie will be out today on the YouTube channels of Filman Entertainment and Jaaz Multimedia.

The film’s production house Filman Entertainment informed that if the situation will stablised and the cinema hall will remain open, ‘Shann’ will be released on upcoming Eid. The movie will be submitted to the Bangladesh Film Censor Board soon.

Besides, Siam and Puja, the film also stars Champa, Taskeen Rahman, Aruna Biswas, Syad Hasan Imam and others. Through this movie, Champa and Aruna will collaborate after 22 years.

‘Shann’ is director MA Raahim’s debut film, who was assistant director of Siam’s first two films ‘Poramon 2’ and ‘Dahan’. Scripted by Azad Khan, the dialogue of the movie has been written by Nazim-Ud Doula.

Director MA Raahim said, “Shaan is an action thriller film. Here, the meaning of ‘Shaan’ is sharp. It’s like a sharpened knife. But the film also has romance. I hope the audience will like the movie.”

The story of the film revolves around Shaan, who, after passing the Bangladesh Civil Service examinations, joins the police force to serve the nation. He is an honest and courageous police officer.