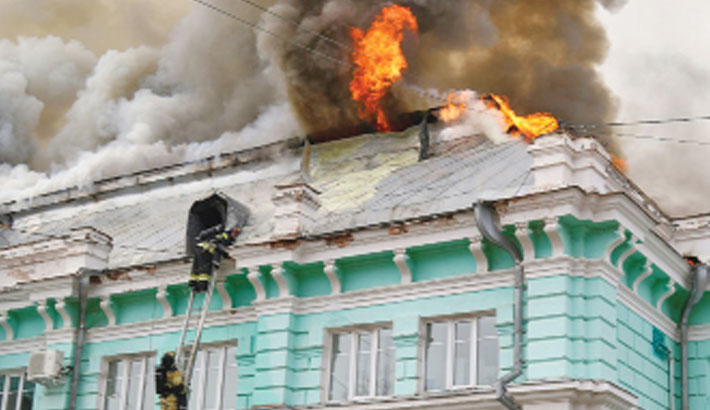 MOSCOW: A team of doctors successfully completed open heart surgery inside a Russian hospital that caught fire on Friday as firefighters battled the flames from the outside, reports AFP.

The wooden roofed building in the far eastern city of Blagoveshchensk caught fire and 60 patients were evacuated as it filled with smoke, regional emergency services said.

But a team of eight doctors performing the operation on the ground floor carried on. “We had to save this person and we did everything,” Valentin Filatov, head of the cardio surgery unit, said in an interview with state television.

The Amur region branch of the emergencies ministry said electricity to the operating theatre was provided with a separate cable, while firefighters ensured smoke did not spread to the room.

After the operation, the patient was evacuated from the burning building to another hospital, the ministry added. Medic Antonina Smolina said that “there was no panic” among the hospital staff.

The fire, likely caused by an electrical problem, was brought under control without any casualties.

Local authorities promised to award the doctors who continued with the operation and the firefighters who extinguished the blaze.