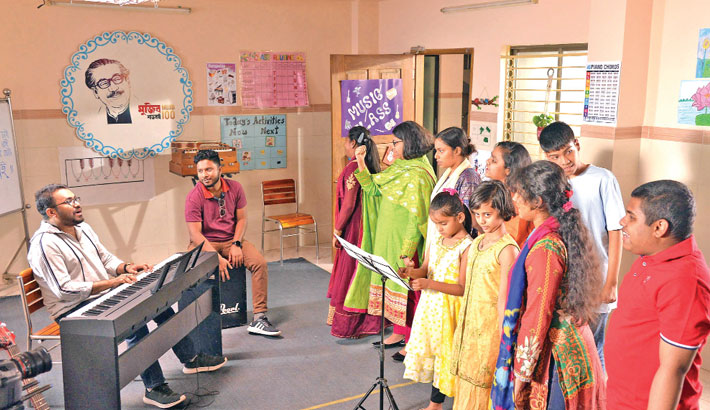 The lyrics for the 6-minute musical drama, titled ‘Sobbai Sobar Motoni’ has been written and composed by famous Indian musician Rupam Islam.

Alongside singing, Razu will be seen in the musical drama.

About the musical drama, A. I. Razu said, “Bangladesh has made significant strides towards prosperity in the last five decades. The specially-abled people of our country are also trying to play their part in the nation’s success story. We just need to give them the right nurturing and the right opportunities to thrive and grow. It is with the aim to raise awareness about this issue that I decided to make this musical drama.”.

‘Specially-abled students of SWAC and Beautiful Mind School have acted in the musical drama.

The musical has been made in partnership with One Culture Foundation, Prerona Foundation, Auto Crop Care, SMC.

The video will be officially launched today on the YouTube channel of A. I. Razu, along with a TV premiere by Channel i.

To note: Former captain of Bangladesh cricket team Mashrafe Mortaza and actress Bipasha Hayat will also be seen in the musical drama.