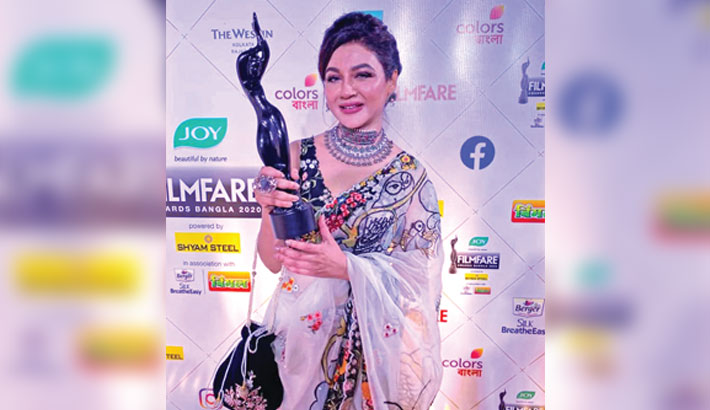 Popular Bangladeshi actress Jaya Ahsan has won Best Actress award (Critics) for her role in the films ‘Bijoya’ and ‘Robibar’ at the 4th Joy Filmfare Awards (Bangla). The awards ceremony was held at Westin hotel in Kolkata on Wednesday.

About the award, Jaya said, “I’m elated that I got the award for two movies. I would like to express my gratitude to the audience in Bangladesh.”

Jaya had previously won the Best Actress award at Filmfare in 2018 for her role in ‘Bishorjon’.

The 4th Joy Filmfare Awards ceremony saw several bigwigs from the world of Bengali cinema walking the red carpet. Stars like Anirban Bhattacharya, Aparajita Adhya, Kharaj Mukherjee, Madhumita Sarcar and more performed at the event, while the audience cheered them on. Not just that, the night obviously saw some memories being made on stage as the winners came up to grab their Black Lady.