Awareness a Must for Development of Persons with ASD 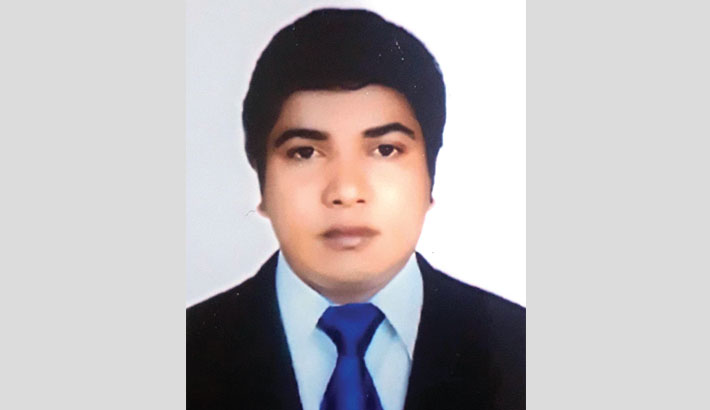 Basically, with growing up a child having autism characteristics faces behavioural problems while communicating socially and exchanging ideas. Because of these reasons, his/her guardians separate him/her from healthy children and due to sheer ignorance, they get inclined to hide them from society terming the problem as a curse of nature.

As per government statistics, there are around three lakh autistic people in the country. In an effort to enhance the standard of living of the country’s neuro-developmental challenged people, including the autistics, the government has formulated Neuro-developmental Challenged People’s Protection Trust Law 2013. Under the jurisdiction of the Ministry of Social Welfare this law is being enforced. According to Clause- 4 of this law, if anybody is found (a) having symptoms of restricted Verbal and Non-Verbal Communication, (b) restricted social and mutual etiquette, limited imagination in exchanging ideas, (c) repetition in doing the same type of work or doing some limited activities or etiquettes, presence of these three characteristics and (d) less or much feeling about hearing, sighting, smelling, tasting, touching, balancing and behaving than others; (e) intellectually challenged or other handicaps; (f)  extra-ordinary skills in one or two subjects or certain subjects and developmental imbalance in the same individual; (g) no eye contact with others or less contact; much restlessness, excitement or inconsistent laughter or wailing; (h) unnatural physical gesture (i) tendency to follow same routine task; if one or more symptoms are detected then they will be termed as challenged persons having autism characteristics.

Through Neuro-Developmental Disability (NDD) Protection Trust, the government is imparting training to teachers of schools of special education to create skilled teachers to make educational curriculum for children of special needs time-befitting. The NDD is ensuring the learning of children having autism characteristics in established schools under coordinated/special education policy 2019. By imparting job-oriented training to NDD people, they are being reared as skilled persons according to their merit, and their employment is also ensured through job fairs. Following the formulation of Guardian Training Guidebooks, guardians and caregivers are being imparted necessary training.

At government initiatives, treatment and healthcare services are being provided to people having autism characteristics. Related treatment and services are being provided to them at the Institute for Paediatric Neuro-disorder and Autism (IPNA) of Bangabandhu Sheikh Mujib Medical University and the Department Child & Adolescent Psychiatry, the National Mental Health Institute, Child Development Centres of different medical colleges and various government hospitals at district-level. Marking ‘Mujib Barsho’ and the Golden Jubilee of Independence, an amount of Tk 10,000 is being distributed among each of 2,500 NDD persons as financial assistance for treatment.

By acquiring sufficient knowledge on autism, NDD persons can be turned into resources instead of a burden to family and society. If guardians, especially mothers possessing sufficient knowledge on the subject, take their children for necessary treatment and advice when they find any abnormality during their growth then they can overcome the complexities to a great extent. If proper science-based procedures are adopted for the physical and mental flourishment of these children then their growth happens like normal human beings. Autism is not a curse; it is a mystery of creation. By accepting it normally, if these children take treatment, advice and services that are provided at government and non-government initiatives and are taken care of as per guidelines then they will be able to play a due role in the country’s development.

At the initiative of the World Health Organisation (WHO), every year the World Autism Awareness Day is observed on the second day of the month of April. In Bangladesh too, this Day is observed to create mass awareness on autism-related issues. Corona pandemic period and post-corona period are the most risky periods for the handicapped. This year, the fourteenth annual World Autism Awareness Day is being observed with the theme of ‘Risk Reduction in Post-pandemic World Opportunities to be Expanded in Workplace.’

Alongside governmental and non-governmental initiatives, social partners should play a pioneering role in creating awareness on autism issues. In this field, religious leaders can create awareness through discussions on autism issues thereby helping to stop social and physical harassment. In every educational institution, there should be a culture of exercising a positive mentality to impart education to the handicapped, to give special attention to them in classrooms and to create a spirit of fellow-feeling among fellow students. Considering autism issues, every organisation at the local government level should formulate a budget and undertake projects and should be sincere enough for their implementation. Above all, involving local people, awareness should be created in each family for supplying information on how to avail of government services thereby creating an atmosphere for flourishment of talents of people with Autism Spectrum Disorder. It is the duty of every conscious citizen to ensure a liveable society for them.

The writer is an official at Ministry of